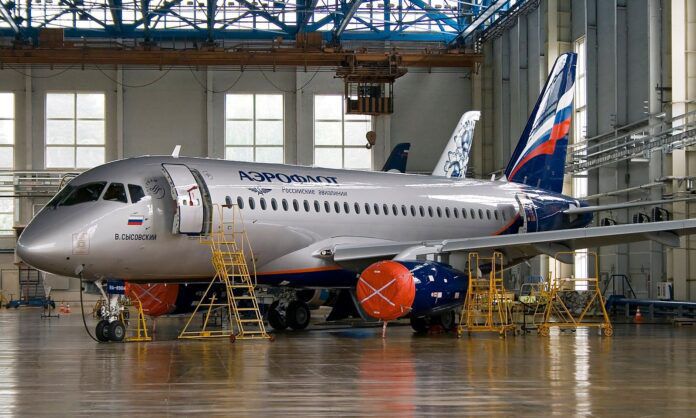 The head of Russia’s biggest aerospace company says his country’s airlines will likely never fly Airbus or Boeing designs after the airliners it appropriated from lease companies and those owned by Russian companies are no longer flyable. “Boeing and Airbus aircraft, which are unlikely ever to be delivered to Russia again, will be replaced by Russian-made passenger aircraft,” Sergey Chemezov, general director of state-owned Rostec, said last week. He spoke after state-owned Aeroflot ordered 339 airliners from manufacturers run by Rostec. The order included 210 Irkut MC-21s (230-seat single-aisle twin), 40 Tupolev Tu-214s (210-seat twin) and 89 Irkut SSJ 100/95 NEW regional jets.

Aeroflot specified that the aircraft be built without any components from countries annoyed by Russia’s invasion of Ukraine so that the technical supply chain for them can’t be disrupted by unfriendly countries. That means the SSJ 100/95s will need domestic engines to replace those supplied in partnership with Safran in the current fleet. The prototypes are apparently already under construction. “Signing this agreement clearly demonstrates to the whole world that Russia is a great aviation power with great potential and rich experience in the field of aircraft construction, capable of producing reliable and modern aircraft,” said Aeroflot CEO Sergei Alesandrovsky.