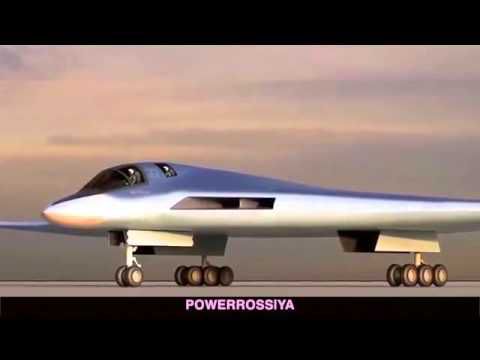 As a new arms race looms between the world’s superpowers, Russia has upped the ante with the announcement of a new strategic stealth bomber. President Vladimir Putin has confirmed he’ll be on hand when the PAK DA begins “trials” at the Flight Test and Development Center near Moscow next month. Images of the aircraft in YouTube videos appear to be fuzzy and perhaps computer-generated but the Russians are putting a lot of fanfare into the announcement and the future of military aviation there. “There are big plans ahead for testing and further developing the heavily upgraded Tu-22M3M, Tu-160 and Tu-95MS aircraft along with large-scale work for testing the prospective complex of long-range aviation – PAK DA,” Alexander Konyukhov, CEO of aircraft company Tupolev, said in a statement.

It’s still not clear if there is an actual airframe to be trialed at the center, however. The carefully worded statement said research and development work is almost done and deliveries are expected by 2025 but made no reference to the nature of the trials to be held. Earlier announcements said first flight was expected in 2019. The same center has said it’s developing a supersonic passenger plane and a new military transport plane.