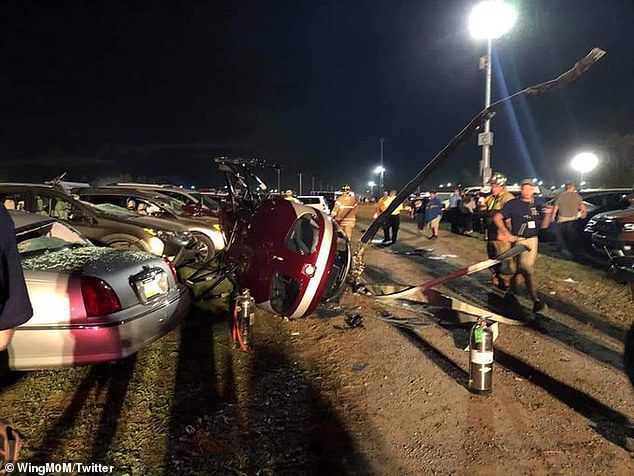 A helicopter giving rides to fairgoers at the Bloomsburg Fair in Pennsylvania crashed Saturday night, injuring the pilot and two passengers onboard but missing everyone in the parking lot where it came down. The Enstrom 28F was close to the ground, either taking off or landing, when something went wrong and it came down on top of some cars in the lot. At least three cars appeared substantially damaged by the crash.

There were 64,000 people at the fair on Saturday night and the crash happened about 8:15 p.m. The helicopter was reportedly owned by a Maryland company that the fair advertised as offering rides for $20 per person. J&J Shop Heliair is based in Ocean City Maryland and offers sightseeing tours in that area using Enstrom helicopters. The usual authorities are investigating.