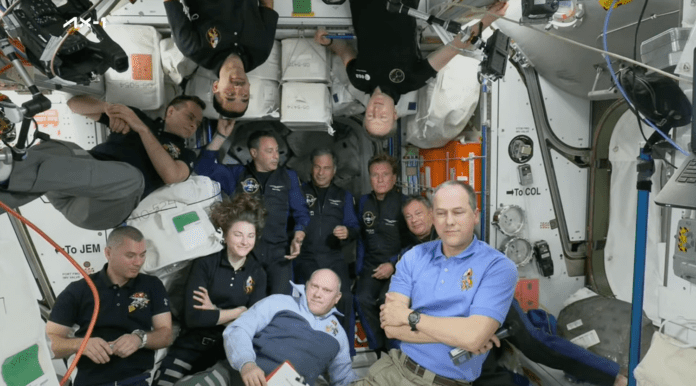 Using the most diplomatic language possible, the three billionaires who paid $55 million each for a trip to the International Space Station told a news conference they were overworked on their epic adventure. “With the value of hindsight, we were way too aggressive on our schedule, in particular the first couple days,” said Larry Connor, who along with Mark Pathy and Eytan Stibbe embarked on the mission with Michael Lopez-Alegria, a former NASA astronaut who led the expedition for Axiom Space, which organized the trip.

It turns out that $55 million doesn’t buy a window seat from which to watch the world go by. The amateur astronauts had a long list of science and engineering experiments to do and many of them took longer than expected. In fact, the visitors needed help from the resident ISS crew to get some tasks done and that forced some overtime by the hosts. “In essence, the arrival of the Axiom personnel seemed to have a larger-than-expected impact on the daily workload on the professional International Space Station crew,” said Susan Helms, a former astronaut who sits on NASA’s Aerospace Safety Advisory. She said there were no safety issues but it was clear that the well-heeled neophytes were a bigger distraction than anyone wanted. “There were some real-time dynamics related to the flight crew timelines with the addition of these four Axiom personnel, who did have their own flight objectives.”

Axiom Space, which organized the trip, is planning changes for future trips. “It’s incumbent on us to reduce our burden on the crew,” said Axiom CEO Michael Suffredini. “Over time, we’ll reduce what the crew has to do.” The space tourists were supposed to stay for eight days but bad weather on Earth prevented their return. They got seven more days to get their work done and finally look out the window. “It was a blessing to have the extra time,” López-Alegría said. “I think we were so focused on research and outreach in the first 8 or 10 days on orbit that we needed the extra time to complete the experience by having time to look out the window, to make contact with friends and family, to just enjoy the sensation.”