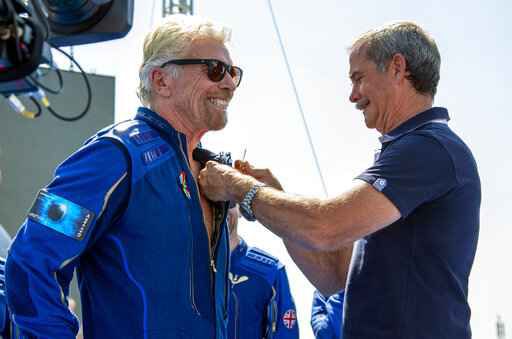 The FAA has brought Sir Richard Branson and Jeff Bezos back to earth with a new rule that says they’re not actually astronauts. Last Tuesday, while Amazon founder Bezos was celebrating his latest accomplishment, the FAA ruled that going along for the ride doesn’t make one an astronaut worthy of the official designation by the agency. It amended the requirement by requiring those who get a set of FAA astronaut wings must contribute “activities during flight that were essential to public safety, or contributed to human space flight safety.”

Neither Branson nor Bezos did any of that and the FAA confirmed they are not eligible for the honor. “There are no nominations currently before the FAA to review,” an FAA spokesperson told CNN. They and their fellow passengers can still apply to be the next best thing to real astronauts. The FAA will consider making them “honorary astronauts” as individuals “whose contribution to commercial human space flight merits special recognition.” It’s solely up to the FAA administrator’s discretion as to who gets the honorary title.