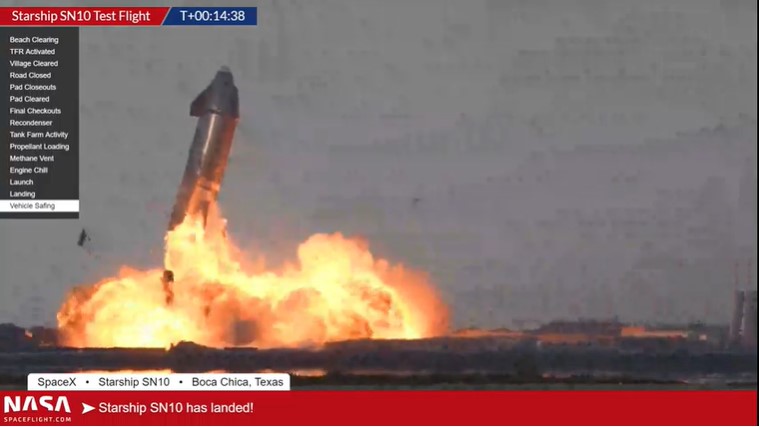 SpaceX Wednesday revealed that it has had a large colony on Mars for more than a year and admitted that the serial explosions of its rockets at its Texas launch site have been intentional diversions. SpaceX CEO Elon Musk said the rockets have been blown up to discourage demand for Mars trips and to keep real estate prices there from escalating.

The existence of the colony was revealed after NASA’s Perseverance rover collided with a Tesla Model S on a toll road SpaceX has built connecting two pods on the Martian surface. There were no injuries, but both vehicles suffered extensive damage. The NASA rover operator was charged with failure to yield. Although the Model S’s batteries were breached, the car did not explode. “The atmosphere is mostly carbon dioxide, so that’s … like a natural fire extinguisher,” Musk told reporters when confronted with NASA’s dashcam footage.

Musk declined to say how many people SpaceX has actually flown to Mars from its real Starport deep in the Gobi desert, but he insisted demand for the nine-month trip to the red planet has been overwhelming. “Not hard to understand when you look around and see what’s happening on Earth,” Musk said. Despite the unmasking, Musk said SpaceX would continue to blow up rockets in Texas. “At this point, we think the explosions have become essential to our brand,” Musk said. The next explosion is scheduled for April 22.