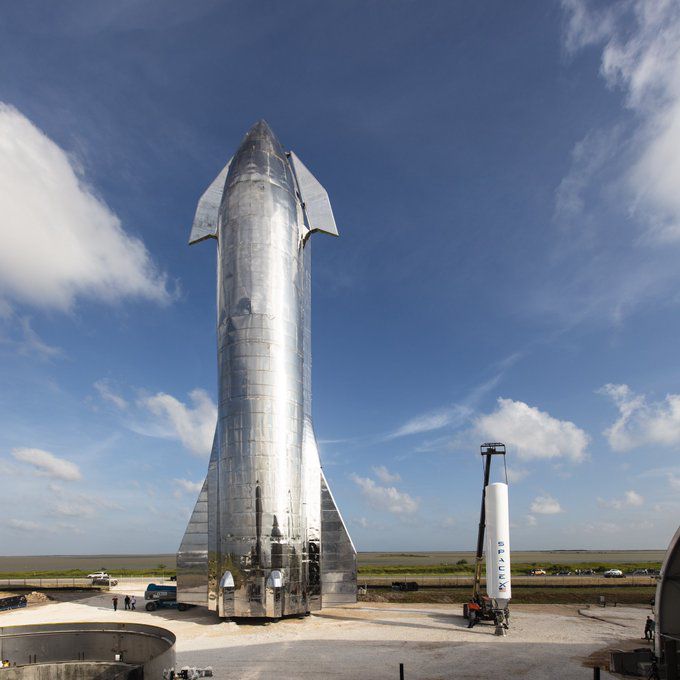 SpaceX has formally unveiled the massive retro-looking spacecraft it intends to use for interplanetary flights and CEO Elon Musk says it could be doing earth orbit flights within six months. The Starship is made of stainless steel, stands 164 feet tall and is 30 feet in diameter and that’s just the spacecraft. The massive booster needed to lift it will be more than 200 feet tall and be able to push 220,000 pounds into space. Front and rear fins give it a retro-futuristic look and Musk said this week it will not only allow manned flights to Mars, it will sharply reduce the cost of that kind of flight because the vehicle can be reused multiple times. But while the Mars potential captures most of the attention, Musk is also considering uses much closer to home, according to The New York Times.

For instance, a single Starship could deploy about 400 of Musk’s Starlink satellites, small satellites used for beaming internet services to earth. Perhaps the most intriguing potential use is as a hypersonic airliner, capable of taking passengers anywhere on earth in 30 minutes or less. “It’s basically an ICBM that lands,” Mr. Musk said. “Nothing gets there faster than a ICBM. It’s just minus the nuclear bomb and add landing.” Musk said the company has the money to do orbital testing and perhaps  “a loop around the moon” but he’ll need to raise money for a moon landing or a trip to Mars.