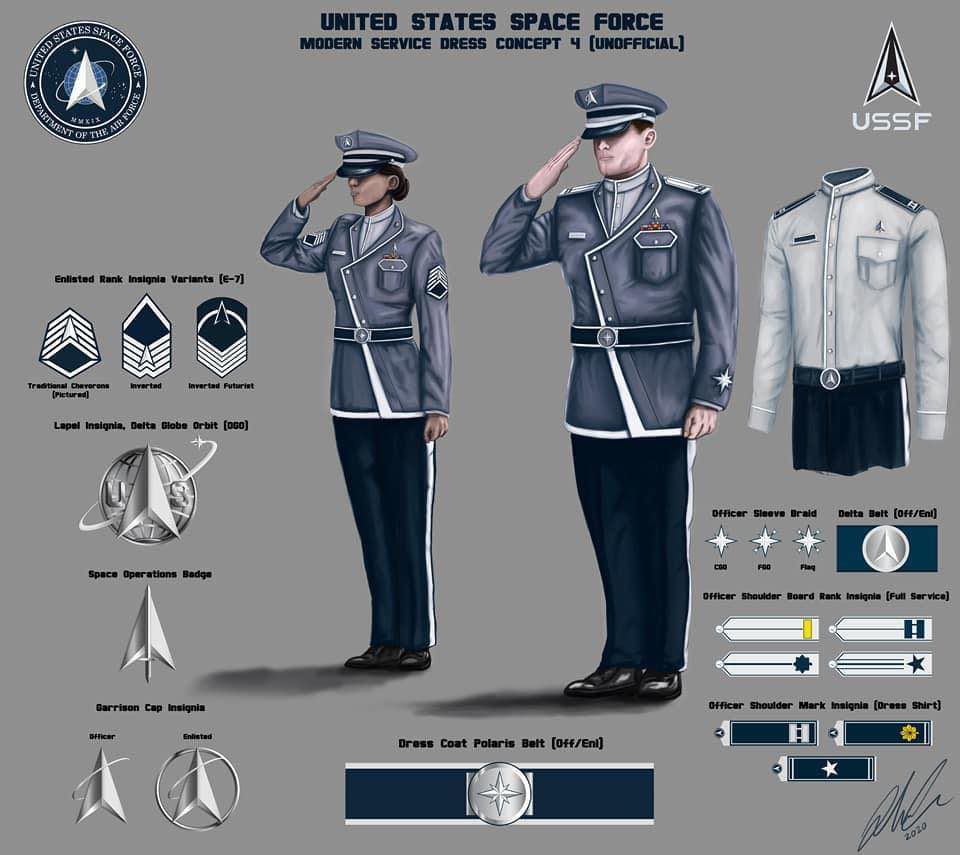 Social media, hanging out in that slack period between Christmas and New Year’s with nothing better to do, has decided to prank aviation enthusiasts and space watchers with a totally unofficial rendition of the U.S. Space Force uniform, widely distributed on Twitter. Variously compared to crossing guard uniforms as well as those from a range of space movies (mostly of the spoof variety), the unauthorized proposals have been broadly mocked.

Still, though, the U.S. Space Force, the recently announced fifth arm of the U.S. military, has been working to create itself almost out of whole cloth. Not only does it currently lack dress, physical fitness and mess uniforms, it doesn’t have a completed rank structure, official song or patch and insignia wear. “There are a couple of decisions out there that ‘good enough’ isn’t really good enough,” the Space Force’s No. 2 officer, Gen. David “DT” Thompson, the vice chief of space operations, told Military.com. “That’s the one we really want to get right, because the first time people wear it, the first time they see it, it’s going to leave a first impression.”