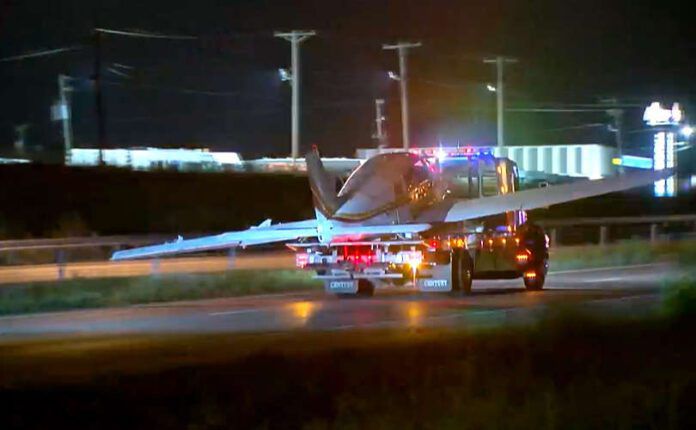 It was not the normal alcohol-related highway crash near Kansas City on Friday night, but the results for the student pilot of a Piper Cherokee could be the same. John T. Seesing, 35, was arrested after a short stay in a local hospital after he put the Cherokee down on Interstate 70 about 22 miles from KC. He was headed for the downtown airport but ran out of gas. The plane was damaged and Seesing needed patching up before being booked into cells charged with driving while intoxicated, careless and imprudent driving involving a crash, felony drug and gun possession, and possession of marijuana and drug paraphernalia.

As remarkable as all that is, the journey that preceded is also noteworthy. Seesing, who has only a student certificate, took the aircraft all the way to Florida, making multiple stops along the way there and back. It all ended when the tanks went dry near Grain Valley, Missouri. When the plane flew over truck driver Crystal Lipham’s big rig about 2:45 a.m., she used the truck to block the highway while Seesing set down. She said she got out of the truck and opened the plane and immediately smelled alcohol. The plane is registered to Warrior Aviation, of Prairie Village, Missouri, and Seesing is also from that town.