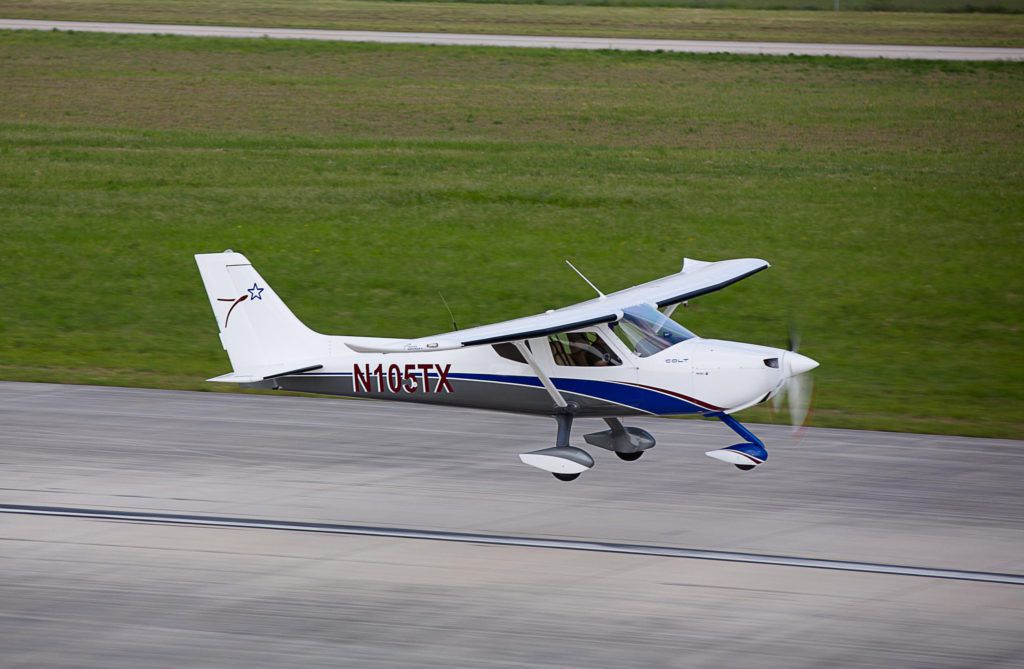 Texas Aircraft is jump-starting the launch of its new Colt light sport aircraft with a $12,000 discount for orders placed this week at AirVenture. The Colt was soft-launched earlier this year but as AirVenture gets underway, Texas Aircraft is ginning up serial production and expects formal approval under ASTM consensus standards in a few weeks.

The Colt is an all-metal, riveted design that, similar to a Mooney, combines a welded tubular fuselage cage with a conventional monocoque aft section. It’s powered by the Rotax 100-HP 912 ULS and features a Dynon SkyView HDX panel with a two-axis autopilot and ADS-B Out. Although the aircraft was designed by well-known Brazilian aircraft designer Caio Jordao, a significant amount of developmental work was done at the company’s Hondo, Texas factory, where the Colt will also be manufactured. Jordao founded the Brazilian light aircraft manufacturer INPAER, which built some 300 two-, three- and four-place aircraft.

Although a late entrant to the LSA market, Texas Aircraft is pitching the Colt’s safety features, including a standard ballistic parachute, the welded cage and all-metal construction. The base price for the Colt is $167,000 and the AirVenture incentive is applied to reduce that. See the aircraft at booths 355, 356, 361 and 362 just off Boeing Plaza.