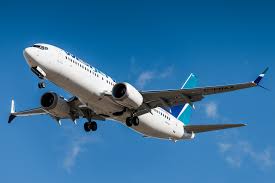 If Boeing watchers were looking for heads to roll in the wake of the 737 MAX crisis, the first scalp may have been taken. The New York Times reported that Kevin McAllister, the company’s executive in charge of commercial airplanes, is leaving Boeing. His replacement is to be Stanley Deal, who now heads Boeing’s Global Services business unit.

McAllister’s departure follows a recent announcement that the board voted to strip Dennis Muilenburg of his chairman title, although he will retain his CEO duties. The board appointed David Calhoun to serve as executive chairman.

Both changes come as Boeing continues to struggle to return the troubled MAX to service for multiple airlines. Following two crashes that killed a total of 346 people, Boeing has been feverishly reworking the MAX’s MCAS stability enhancement system. The airplane’s return to service has been continually pushed back and it’s now believed it won’t fly in revenue service until sometime next year.