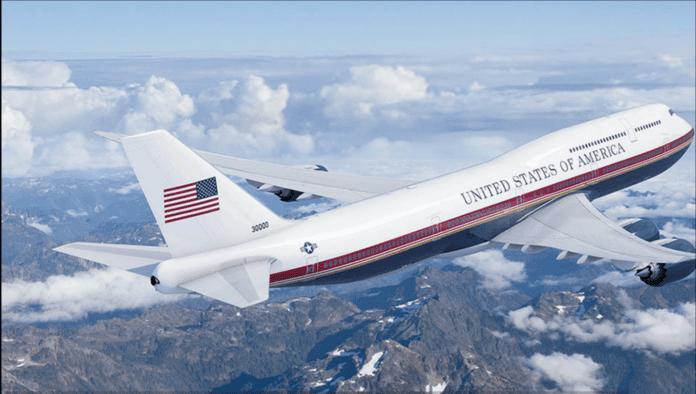 The Biden administration has decided that future presidents will not fly with former President Donald Trump’s colors and says extra costs scuttled the revised paint job on the new VC-25 aircraft now being laboriously built by Boeing. When he signed the paperwork for the new aircraft after personally intervening in the contract talks, Trump ordered Boeing to paint the aircraft with a red, white and navy blue livery that looked a lot like the colors used on his personal Boeing 757, dubbed Trump Force One. The White House has determined those colors were too hot for reasons other than politics.

The administration says the color scheme was evaluated by engineers who said the darker colors would heat up components near the skin. That would, in turn, require more internal cooling in those areas. “The Trump paint scheme is not being considered because it could drive additional engineering, time and cost,” Politico quoted an anonymous source as saying. Boeing was actually the beneficiary of the decision. The company is already losing money on the unusual fixed price contract it signed with Trump for the new planes and would have been on the hook for the extra costs.