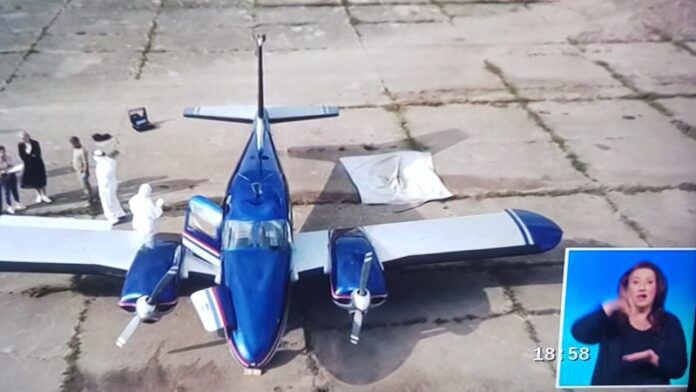 Investigators in eastern Europe are looking for those who took a light twin, possibly a Piper Aztec, on a seven-nation tour of the region without letting anyone know they were coming. The sudden appearance of the aircraft, which apparently did not contact any air traffic control authorities, took off Thursday from Lithuania and went through Poland, Slovakia, Hungary, Romania and Serbia on its way to the Bulgarian city of Targovishte. It was abandoned there and there’s been no sign of whoever was on board. Given what’s going on a few hundred miles to the east, the flight attracted some attention. “What’s the purpose? Who are these people? What happened? We are investigating”, the Bulgarian Minister of Interior Boyko Rashkov Rashkov was quoted as saying in local media.

Given the number of eyes on aerial activity in the region, the flight attracted a fair bit of attention by the militaries of the affected countries and Hungarian and Romanian fighters had eyes on the little twin but it ducked into the next country before they could intercept. It even refuelled once and authorities haven’t been able to figure out where. It was apparently never considered a major threat. “At no time was the plane a threat to civilian or military infrastructure in Bulgaria. It flew at low altitudes, which made difficult the interception for fighter jets, but it was monitored all the time. The Ministry of Defense is taking the appropriate actions to establish the circumstances”, Defense Minister Dragomir Zakov was quoted by Euractiv as saying.