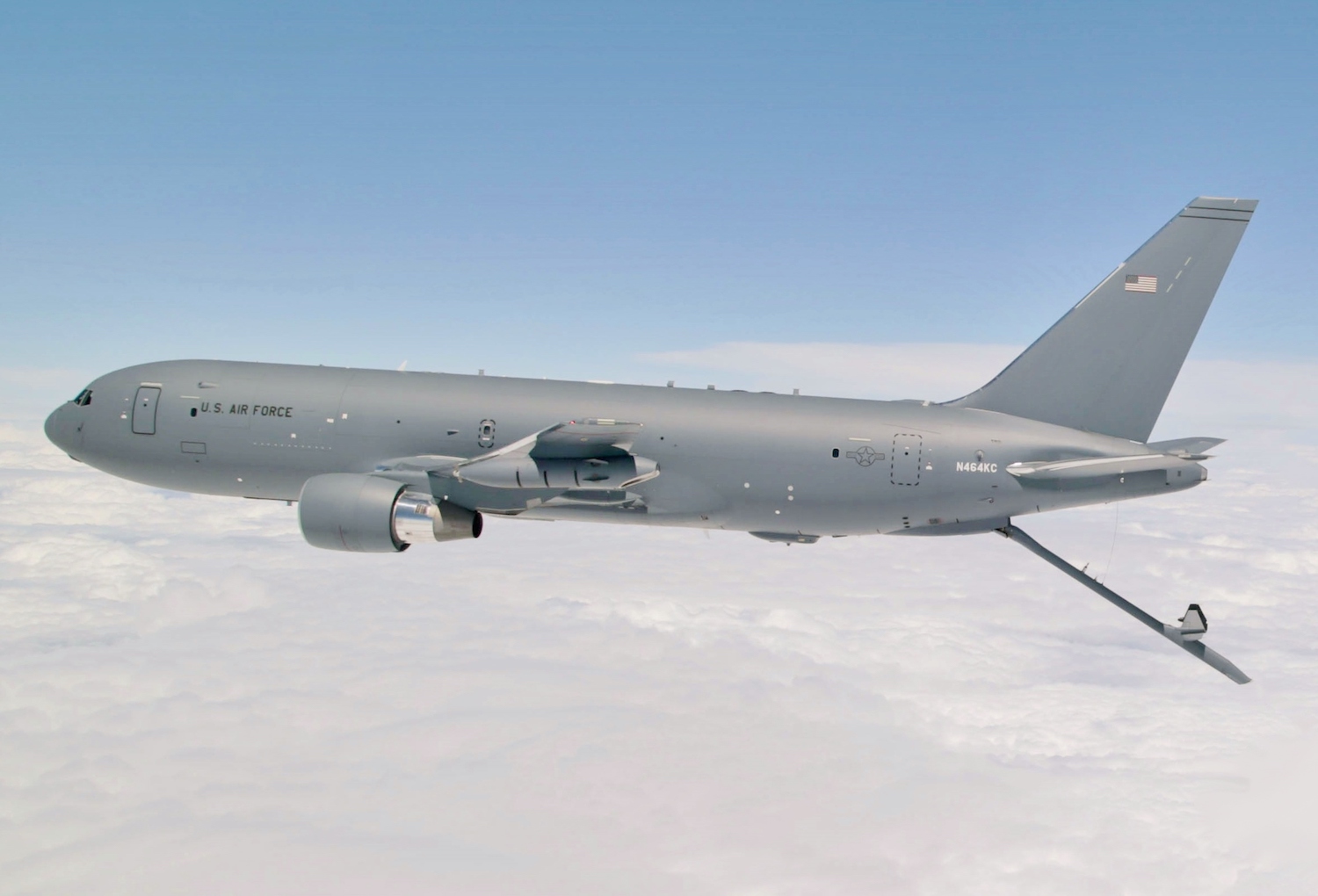 The U.S. Air Force has “indefinitely barred” the Boeing 767-based KC-46 from carrying cargo or passengers. This move follows a recent incident where cargo locks came unsecured during flight, posing a threat from wayward equipment to the crewmen aboard. The KC-46 tanker has been a controversial program for some time, suffering implementation delays in 2018 as well.

“As a result of this discovery, the Air Force has submitted a Category 1 deficiency report and is working with Boeing to identify a solution,” USAF spokesman Col. Damien Pickart said. “Until we find a viable solution with Boeing to remedy this problem, we can’t jeopardize the safety of our aircrew and this aircraft.”

According to a report in Defense News, crews on a KC-46 noticed that “numerous cargo restraint devices had come unlocked over the course of the multiple legs of the trip.” The USAF’s Pickart confirmed that “prior to departing for each of these missions, aircrew fully installed, locked and thoroughly inspected each restraint, and performed routine inspections of the restraints in flight. Despite these safety measures, the unlocking of cargo floor restraints occurred during flight, although no cargo or equipment moved and there was no specific risk to the aircraft or crew.”

Boeing’s response: “The company and the Air Force are cooperatively analyzing the locks to determine a root cause. The safety of KC-46 aircraft and crew is our top priority. Once a cause has been identified, the tanker team will implement any required actions as quickly as possible.”

Boeing has delivered 18 of the tankers to the USAF so far, against the 52 on contract. Plans are for some 179 KC-46s to replace the aging fleet of B707-based KC-135s. The early KC-46s have had issues with the centerline drogue, its remote vision system, and foreign-object debris found in new aircraft; the latter forced the USAF to halt deliveries of the tanker in March.