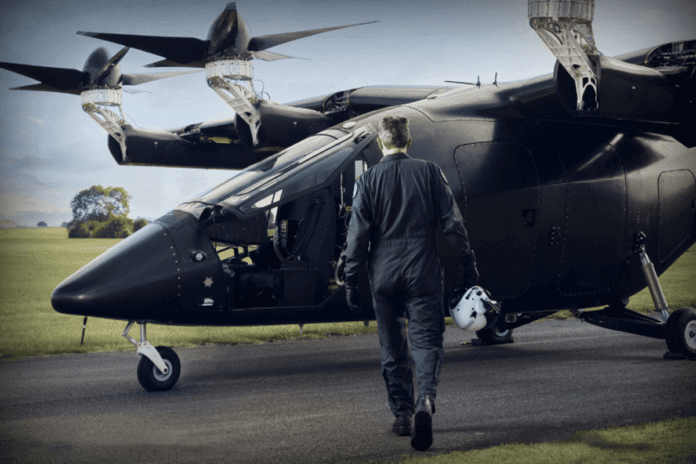 Vertical Aerospace broke the usual mold for first flights of eVTOLs by putting a pilot on board for the first hop of its VX4. The first flight was, indeed, a hop. Chief Test Pilot Justin Paines was in the left seat for the “flight,” which involved the tethered aircraft rising for a few seconds before settling back down. The company did not provide video or photos of the event, which, according to NewAtlas, required signoff from the U.K. Civil Aviation Authority. It was also believed to be the first time a U.K.-developed aircraft has had a first flight in 20 years.

Still, the hop was a step toward a full-scale flight test program that the company hopes will result in full certification by 2025. The company claims 1,400 pre-orders for the five-seat aircraft. The VX4 is projected to have a 100-mile range with a top speed of 202 MPH. The aircraft has eight motors and rotors ahead and behind the wings. The front four tilt from vertical to horizontal for cruise. The rear rotors are fixed in the vertical position and stow when they’re not needed for takeoff or landing.