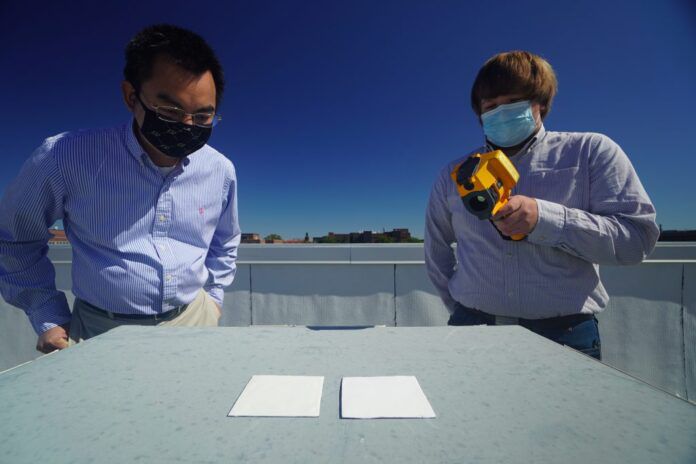 Researchers at Purdue University have created the world’s whitest paint that’s suitable for aircraft and other vehicles. Other than the aesthetic virtues of such a development, the paint could also help aircraft and spacecraft keep their cool, reducing the need for energy- and money-gobbling air conditioning. The new paint reflects 97.5 percent of solar radiation compared to the 80-90 percent the whitest regular paint can do. That spread makes a major difference in the surface temperature of an object bathed in sunlight. The new paint actually has a cooling effect by reflecting more light than it absorbs.

The Purdue researchers developed a similar paint earlier this year, but it needed a thick application. The new formula can effectively use much thinner coats, reducing weight. “This light weight opens the doors to all kinds of applications,” says George Chiu, a Purdue University mechanical engineer, in a statement. “An airplane sitting on the tarmac on a hot summer day won’t have to run its air conditioning as hard to cool the inside, saving large amounts of energy. Spacecraft also have to be as light as possible, and this paint can be a part of that.”