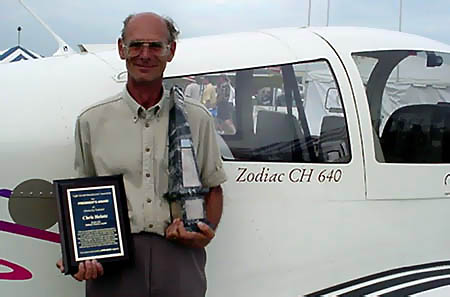 One of general aviation’s most prolific aircraft designers and a pioneer of the modern homebuilt movement, Zenair founder Chris Heintz died at his home in France on April 30. He was 82. In his more than 40 years as the head of Zenair, Heintz designed at least 12 aircraft that became acclaimed kits and plans-built aircraft. “Best known in aviation circles as a prolific and talented aircraft designer, aeronautical engineer, innovator, builder, entrepreneur, lecturer and author, Chris has touched the lives of thousands throughout his exceedingly productive professional life,” the company said in announcing his death on May 1.

Heintz started Zenair in his garage in Midland, Ontario, in 1974. He designed a new aircraft and the kit parts to build it every few years and to date more than 10,000 have been completed. The company built a U.S. plant to serve that growing market and the company remains in the family. Heintz was inducted into the EAA Hall of Fame in 1999.