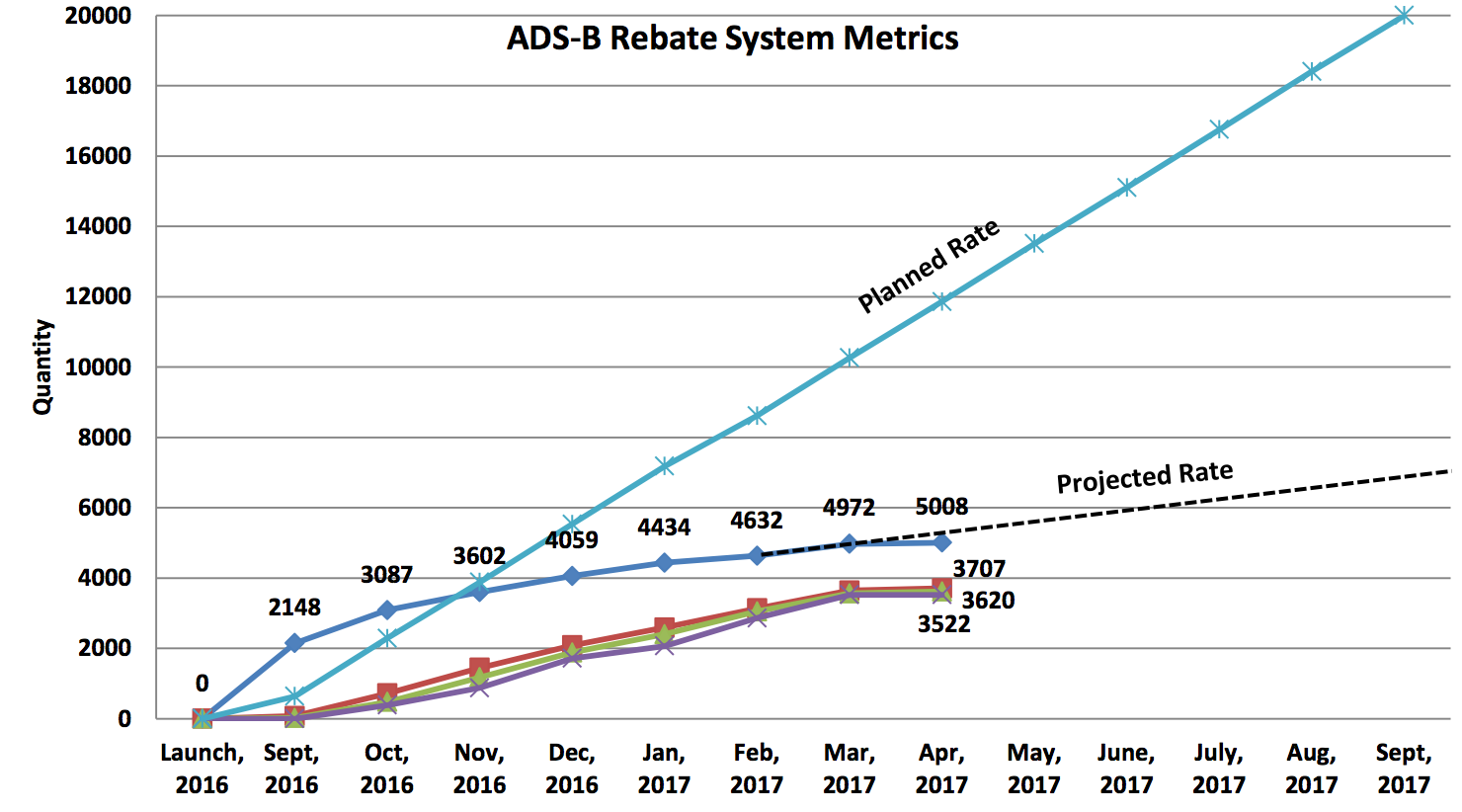 In an April 5 report on its ADS-B rebate program for general aviation, the FAA says it has processed 5,008 reservations for the rebates, and 14,910 rebates remain to be claimed by the end of the program on Sept. 18. That’s much slower than the FAA’s planned rate for reaching its goal, which projected 12,000 reservations by April. The report also notes that the “fly and validate” phase has 3,707 participants, 3,620 have filed a claim, and 1,064 reservations that were made have expired without further action. Also, the report states that 35 rebate applicants who originally planned to install NavWorx systems have switched to install an “eligible avionic unit.” The FAA “de-certified” certain NavWorx units last November, an action that NavWorx has disputed. EAA and AOPA also raised questions about the action.

The FAA’s rebate plan offers a $500 rebate to help owners of general aviation aircraft equip now with the ADS-B Out avionics that will be required Jan. 1, 2020, to fly in most controlled airspace. The program will run until Sept. 19, 2017, or until all 20,000 rebates have been claimed. To qualify for the rebate, avionics must be certified to FAA Technical Standard Orders and meet the program rules (software upgrades of existing equipment are not eligible). Aircraft also must complete a flight test. The FAA report is posted under “Related Files,” below.