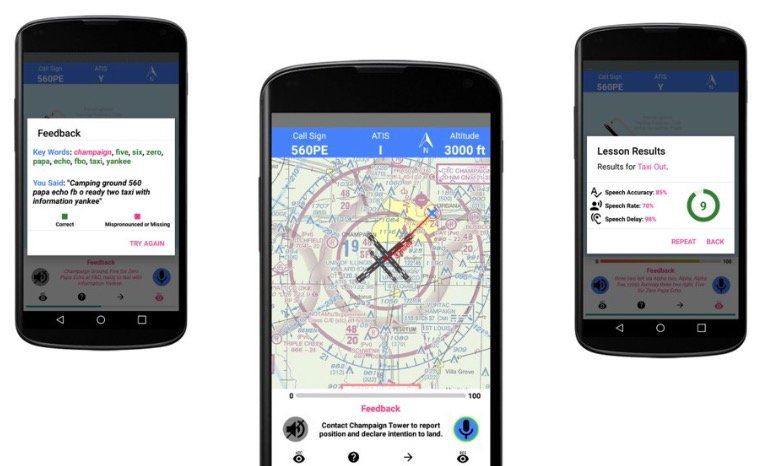 Purdue University’s Research Foundation is helping two Purdue alumni develop and market a new aviation communications simulator aimed at helping new pilots (or rusty old pilots) master radios skills and phraseology. PlaneEnglish has been developed by Muharrem Mane, a graduate of the School of Aeronautics and Astronautics, and Eren Hadimioglu, from the School of Aviation and Transportation Technology. It uses a combination of voice recognition and speech analysis to give instant feedback as the student deals with realistic scenarios in all stages of flight.

“We’ve gotten feedback that this is something very different and very new in the area of flight training,” Mane said in a news release. “It’s a combination of ease of access—train on the go—the way we’re doing the speech analysis and feedback to the use that is something that doesn’t exist out there.” The app-based simulator has more than 50 lessons, ranging from beginner drills through complex instructions and read backs. Visual cues with altitude, direction and distance appear on the screen. The program grades the student on accuracy, phraseology and even speech pace and also changes the lessons as the student progresses. “You can’t just memorize,” Mane said. The app is available for Android devices and the iOS version is under development. A Kickstarter campaign has been launched to fund the iOS version’s development.