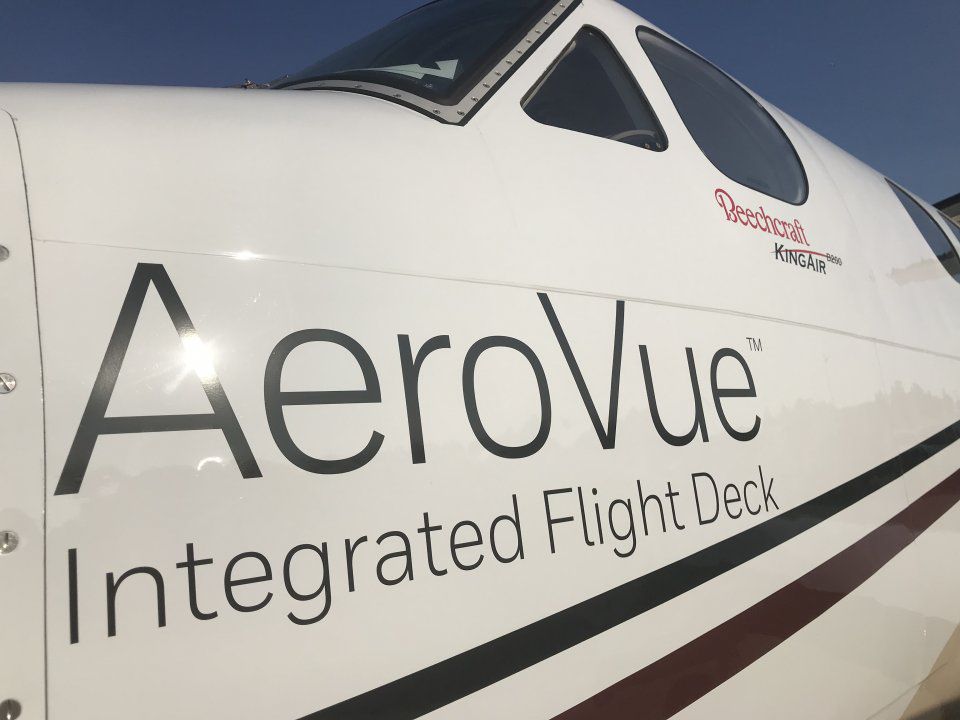 After years snagged in the certification process, the BendixKing AeroVue retrofit flight deck has been approved for installation in B200 King Air models. At AirVenture 2018 at Oshkosh, the company had the AeroVue system on display in its pavilion and also brought its B200 test bed for media flights (look for a video soon on AVweb.com).

The AeroVue, which trickles down from the Honeywell Apex avionics suite used in the Pilatus PC-12NG, plus has technology from the company’s business aviation applications, has three color displays (two PFDs and one MFD), including engine display and a pedestal-mounted flight management controller with CCD (cursor control device); it doesn’t have a touchscreen interface. The system is equipped with mandate-compliant ADS-B Out, weather radar, SXM satellite weather, TAWS-B terrain alerting, active traffic alerting, plus it has the company’s AeroWave inflight cabin connectivity.

The system is intended to replace nearly the entire radio package in vintage B200 models, including the autopilot and VHF radios. It doesn’t have environmental controls (the existing pressurization controls are retained), but the company says it can save over well 100 pounds compared to the equipment it replaces.

BendixKing currently has eight installation centers capable of completing the retrofit and is building the network for more installation support. It’s targeting an approximate $350,000 fly-away price, with a downtime of roughly four weeks for completion.

BendixKing is also in the process of certifying the AeroVue Touch retrofit flight display for lower-end applications, which will come in at under $20,000 including installation. It was also on display at the show.