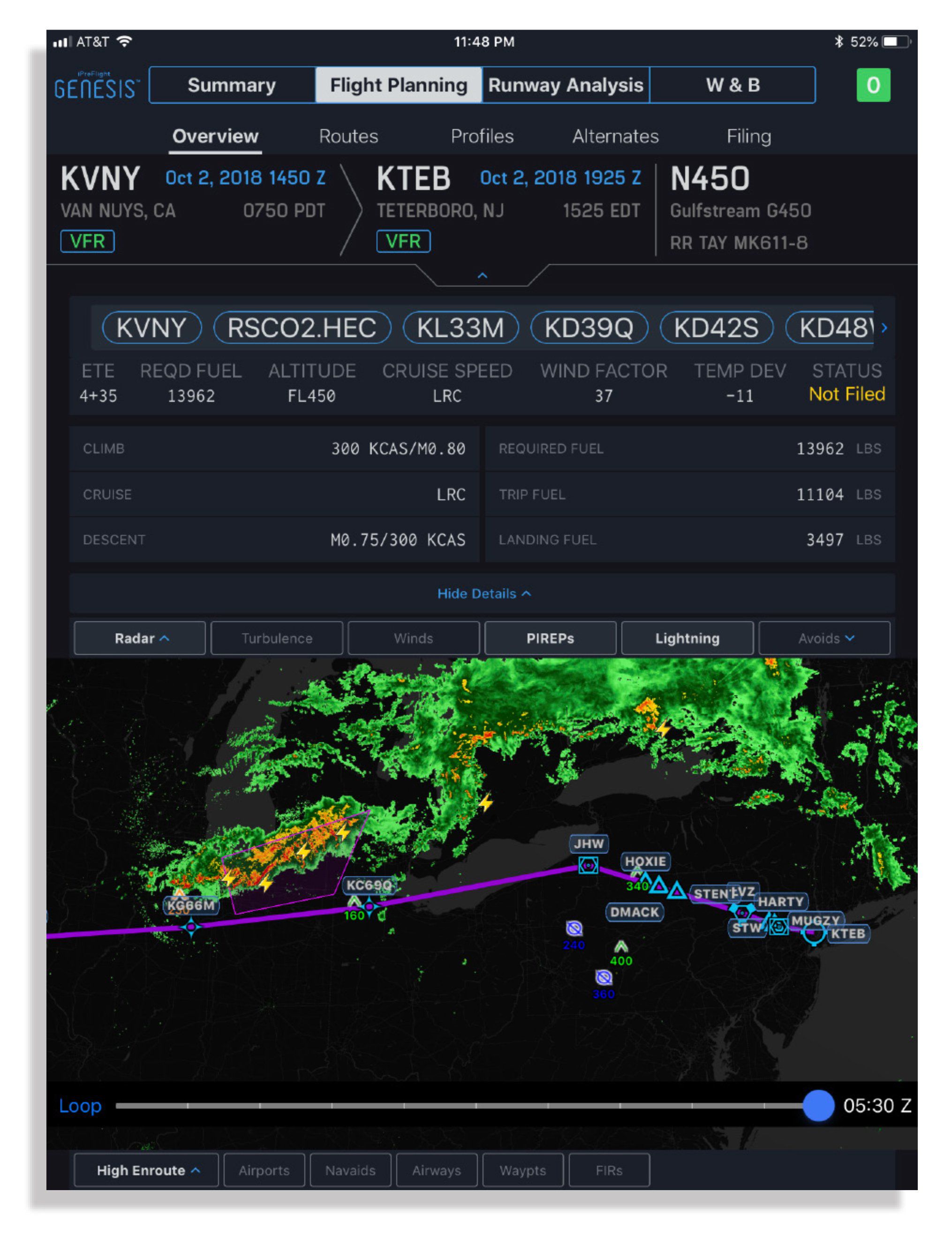 Aircraft Performance Group (APG) caters to the jet market with, among other services, the iPreflight iPad app for iOS. The draw is the app’s ability to crunch precise runway performance data based on a variety of customizable variables, including aircraft loading. Moreover, APG says its app meets regulatory requirements for engine-out performance calculations.

But the app was missing an important utility that corporate flight crews expect: flight planning. The new iPreflight Genesis does just that, blending flight planning and filing with a full suite of weather graphics, along with aircraft runway performance analysis. The engine-out performance utility applies specific takeoff and landing components for each flight, including runway slope, terrain, obstacles and declared distances to determine real-world maximum takeoff and landing weights.

The Genesis database, which can run with and without a Wi-Fi connection, has over 350 aircraft types, 26,000 runways, 2400 special EOPs (engine out procedures) and 9000 airfields.

There’s also detailed graphical weight and balance calculations and display, which allows for changing occupied passenger seating positions (and specifying whether the occupant is a male, female or child) and then the app calculates a new CG.

The app sells for $195 per aircraft tail number and is available through the Apple App Store.

Watch the hands-on demo in a video shot at the NBAA-BACE 2018 convention in Orlando, where the app was rolled out. Visit www.flyapg.com