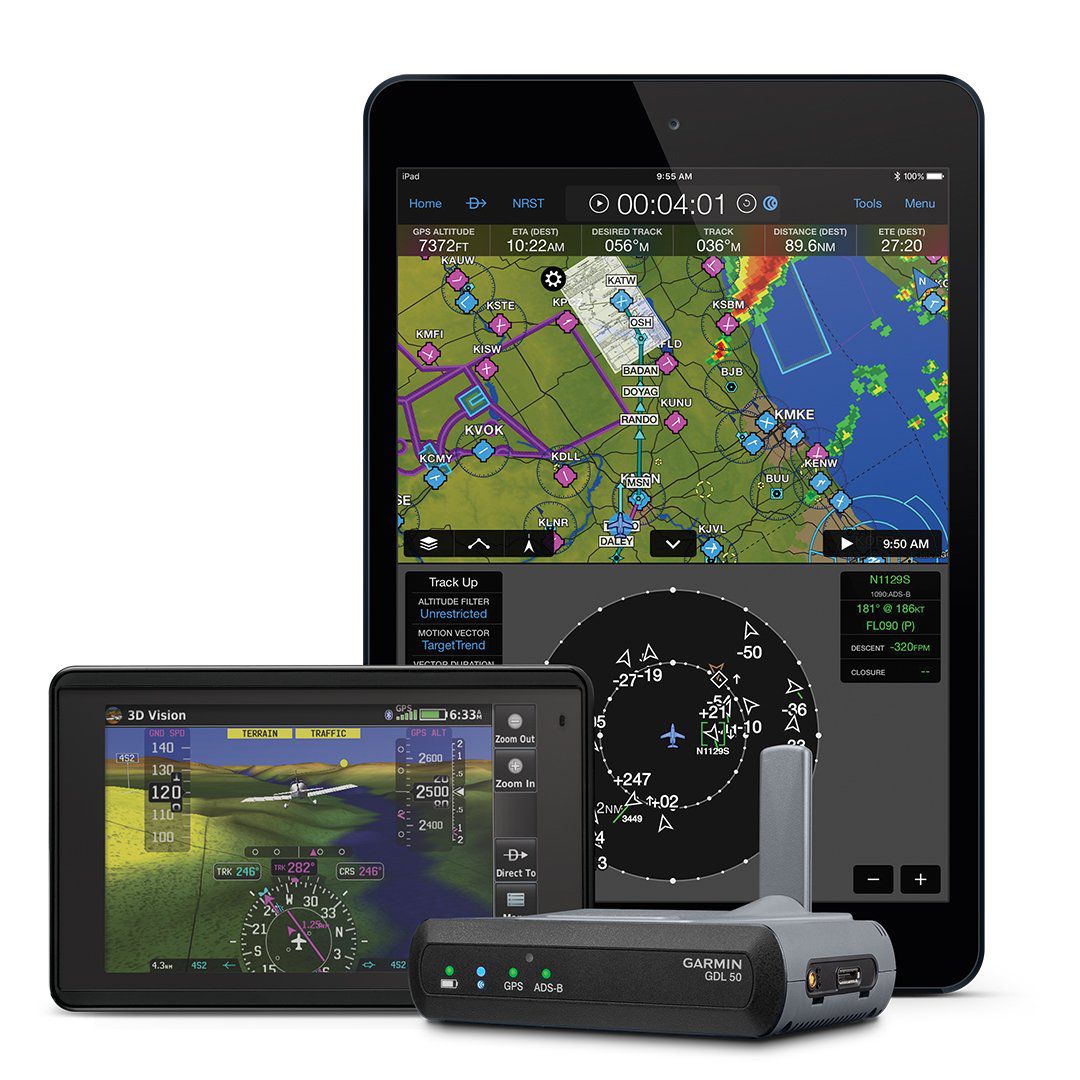 The portable ADS-B receiver market just got more crowded as Garmin throws the GDL50 in the mix. Garmin says the GDL50—which joins the GDL51 and GDL52 SXM-equipped receivers—is the successor to the aging GDL39-3D ADS-B receiver.

Priced at $849, the device is available immediately and is also available in a remote-mounted version, the GDL50R. The GDL50 is packaged in the same chassis as the previously released GDL51/GDL52 receivers (see our video report here), but doesn’t have the SiriusXM datalink receiver. The GDL50 has a dual-link traffic receiver, plus FIS-B datalink weather, a backup GPS and outputs (via Bluetooth) backup attitude data to Garmin’s Pilot tablet app and to the aera660/795/796 portable GPS navigators. The remote version works with the experimental G3X Touch avionics suite through a wired and wireless Bluetooth interface.

The GDL50 has an 8-hour battery and is capable of wirelessly streaming data to two devices and also making hardwired connections to two additional devices simultaneously.