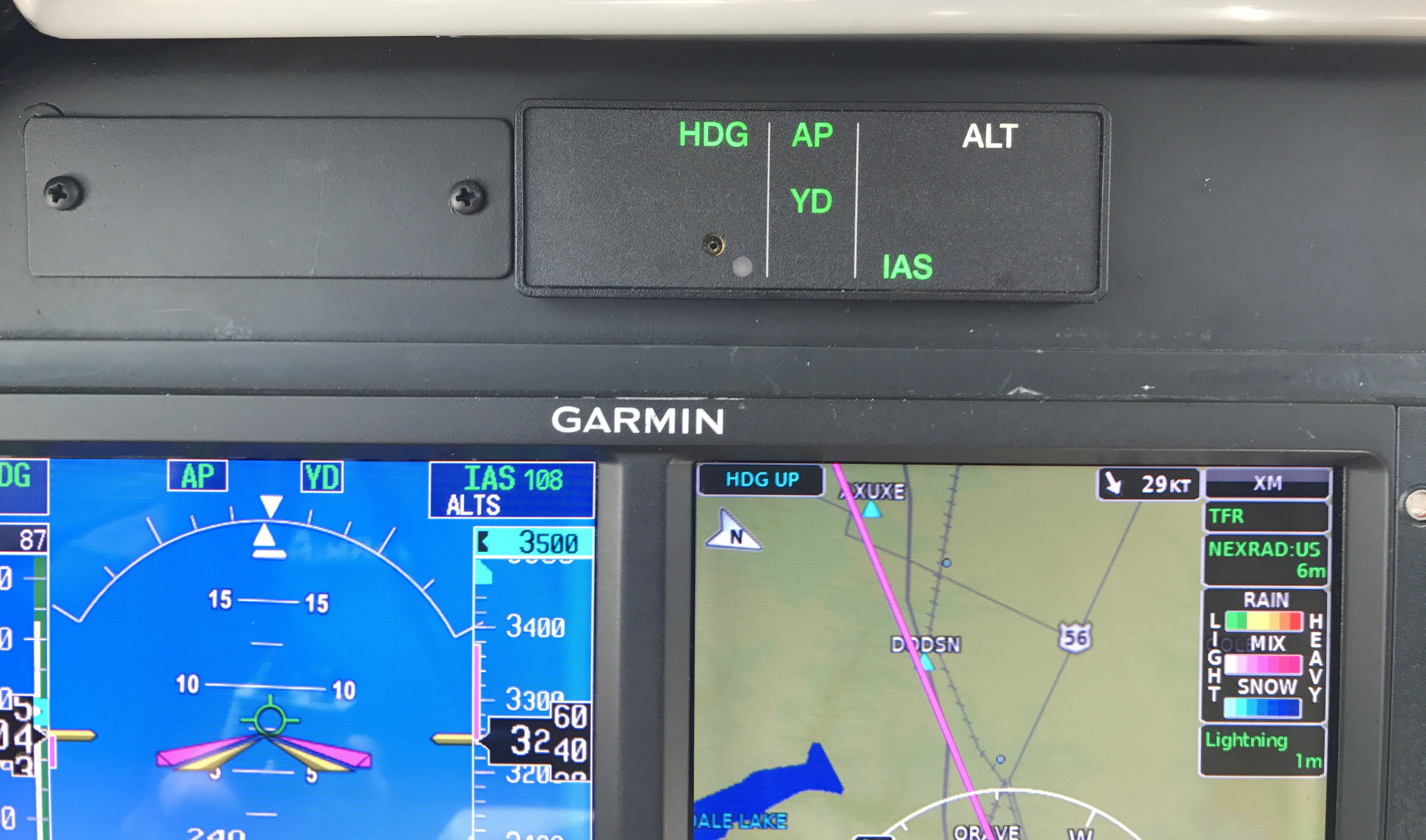 With less than a week to go before the start of AirVenture at Oshkosh, Garmin announced two new retrofit autopilot systems—the budget-based GFC500 for basic airframes and the higher-end GFC600 for high-performance singles, twins and turboprops.

The GFC500 is priced at $6995, comes from Garmin’s experimental avionics line (it will have STC approval) and has been proven in the G3X integrated avionics suite. The new interface is built around Garmin’s recently introduced G5 electronic flight instrument, which has onscreen autopilot mode annunciation and provides cross-check of the autopilot’s own self-contained roll and pitch sensors. The G5 flight instrument is also used for data input and for arming the altitude preselect, setting the heading bug, vertical speed and target airspeeds, plus it displays autopilot flight director command bars.

The GFC500 can be expanded with optional automatic electric pitch trim, which requires the installation of an additional trim servo, but installations on lighter and more basic airframes will make use of the system’s standard trim prompting, where the system prompts the pilot to manually trim the aircraft. This saves installation time, cost and complexity.

The GFC500 uses a dedicated autopilot mode controller, which can be mounted in the radio stack and has a control wheel for setting pitch, airspeed and vertical speed select. As with Garmin’s integrated GFC700, the GFC500 has envelope protection with a level button that returns the aircraft to straight-and-level flight if the pilot loses control.

The GFC500 has full instrument approach coupling when interfaced with compatible GPS and VHF nav radios, including raw nav (VOR/LOC and ILS) and has GPS LNAV/VNAV glideslope capturing. An optional nav interface adapter might be required to interface the G5 and the autopilot with select Garmin GPS or VHF radios. Buyers will likely want the capability because the automation is far more advanced than other dated entry-level autopilot systems on the market. There’s an external go-around button that commands the flight director to display the appropriate pitch attitude required for flying the missed approach procedure and it automatically activates a loaded missed approach when paired with a Garmin GTN 650/750 GPS navigator.

Garmin says the initial STC for the GFC500 is expected to be completed on the Cessna 172 in the fourth quarter of 2017 and STC approval for the Cessna 182 and Piper PA-28 models will follow. Total system price including the G5 flight instrument will be less than $10,000, before installation.

The higher-end GFC600, which starts at around $20,000, is designed as a standalone system with built-in pitch and roll sensors, but it integrates with Garmin’s G500/600 primary flight display for autopilot mode display, heading command and for displaying flight director command bars. It can also interface with Aspen’s Evolution PFD, plus a variety of GPS navigators and VHF nav radios for full approach coupling. The system hardware was designed to meet FAA TSO standards and unlike the G500, is a ground-up fresh design that doesn’t come from the company’s experimental avionics line.

The GFC600’s mode controller can be mounted in the radio stack and has backlit keys and a sunlight-readable digital display. There’s also an optional remote autopilot display for putting mode data within the pilot’s primary view. Using brushless DC motors and a gear train (instead of mechanical slip clutches), the GFC600’s servos are environmentally hardened—which means they were designed for the airframe’s harsh operating conditions where water, dirt and other contaminants can shorten service life.

The GFC600 is a three-axis system when expanded with optional yaw damper. Worth mentioning is that both the GFC600 and GFC500 autopilots come standard with Garmin’s ESP electronic stability control and have underspeed and overspeed protection.

ESP works in the background even when the autopilot isn’t engaged. If predetermined pitch, roll or airspeed limitations are exceeded, the system provides gentle nudges on the flight controls to reduce the aircraft’s pitch attitude or bank angle. The correcting force becomes stronger if the exceedance worsens and the autopilot will ultimately engage with the flight director in level mode, bringing the aircraft to level flight. For maneuvering flight, ESP can be disabled.

Garmin has already earned FAA STC for the GFC600 in the Beechcraft A36 Bonanza and B55 Baron and said it’s working on more applications. For an inflight video report of both systems, click here.