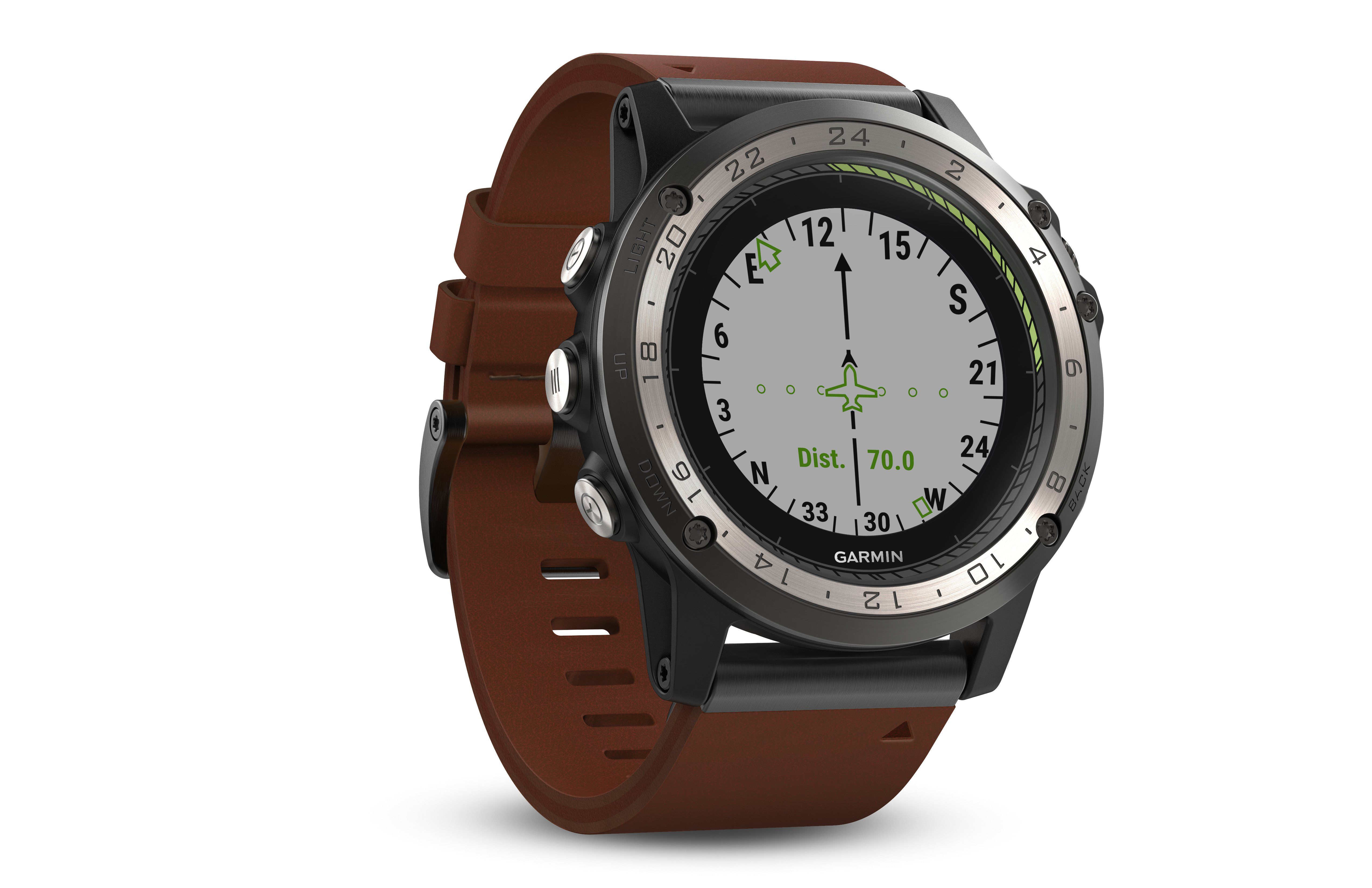 As AirVenture 2017 in Oshkosh, Wisconsin, opens on Monday, Garmin will have no shortage of new products to show. In addition to the two new retrofit autopilots (here’s a video report), there are two portable weather receivers, a new low-cost ADS-B Out solution for the market’s lower end, a third-party autopilot interface for the G5 electronic flight display, plus an updated pilot navigator watch. First the portable weather receivers.

The GDL51 and GDL52 are a new series of receivers for ADS-B traffic and weather, plus SiriusXM Aviation broadcast weather and entertainment. The products complete the long-awaited interface with Garmin’s aera660 portable GPS, plus they work with tablets and smartphones running Garmin’s Pilot app. With integral GPS, the devices output backup attitude information on the Pilot app and on the portable GPS navigators. The GDL51/52 have a footprint similar to a small digital alarm clock and have an internal battery with roughly five to seven hours of endurance.

The $649 GDL51 (and remote-mounted GDL51R) specifically receives SiriusXM data, while the $1149 GDL52 (and remote-mount GDL52R) is an all-in-one device that receives both ADS-B and SiriusXM data. The portable systems can wirelessly connect with two devices simultaneously, including the aera660 and aera 795/796 portables and Apple and Android tablets and smartphones. The permanent-mount “R” versions can be wired to the panel displays in Garmin’s G3X Touch experimental avionics suite.

Garmin is offering a free trial version of its Pilot app with GDL51/52 purchases and both receivers are eligible for a $200 SiriusXM Aviation subscription rebate. Garmin dealers will be selling the GDL51/51R and remote GDL52R immediately, but the all-in-one GDL52 portable version won’t be ready until Q4 of 2017, although Garmin dealers will be preselling it.

For mandate-compliant ADS-B Out, Garmin announced the GDL82 UAT device. Budget priced at $1795, the GDL82is a small two-piece (remote box and GPS antenna) Universal Access Transceiver (UAT) with built-in GPS. It’s intended for a streamlined installation because it integrates with the aircraft’s existing transponder and transponder antenna system.

“This is a minimally intrusive ADS-B Out solution that avoids the cost and effort of modifying the instrument panel and is a turnkey, budget-friendly solution that’s important to many aircraft owners,” Garmin said in its product release.

The GDL 82 also contains Garmin’s AutoSquawk interrogation technology, which interfaces with most Mode C general aviation transponders to synchronize the squawk code between the transponder and the GDL 82, eliminating the need to install a separate dedicated UAT control panel. This self-interrogation eliminates the need for the pilot to manually keep two squawk codes in sync while in flight.

Don’t plan to put the system in high-flying aircraft. The system will only be an option for aircraft that fly below 18,000 feet because it broadcasts on the 978 MHz frequency. Above 18,000 feet, you’ll need a 1090ES ADS-B Out solution.Still, many believe it’s the lower-end market that has been on the fence waiting for lower-cost solutions, especially for aircraft that don’t have a mandate-compliant WAAS GPS source. To date, ADS-B compliance for the upcoming 2020 mandate has been slow. Whether this latest lower-cost solution can change the market is anyone’s guess, but we’ll be watching closely and reporting on it.

The watch can also be used as a standalone navigator with airport information pages that include runway data and frequencies, plus a flight log that starts recording when airborne and is synced across the flyGarmin website and in the Garmin Pilot app.

The watch’s hardware has been improved and includes a sapphire scratch-resistant crystal lens and a coated titanium bezel. It also has new quick-release titanium, leather and silicon sport bands that Garmin calls QuickFit. The watch’s battery endurance is good for up to 20 hours when in GPS mode and up to 12 days in smartwatch mode.

When paired with a compatible smartphone, the watch displays incoming phone calls, texts and email smart notifications. It also has two built-in aviation-tailored customizable watch faces to display the aircraft’s tail number. The watch is compatible with Garmin’s Connect IQ for further customizing widgets, data fields and watch faces. If all of that isn’t enough, the face can be personalized with a custom JPEG image using the Garmin FaceIt app.

The D2 Charlie—which has Garmin’s integrated Elevate heart rate technology (built-in heart rate sensor on the watch’s chassis)—comes preloaded with a full sporting feature set that can be used for cycling, golfing, running, snowboarding and swimming. It can also be used as a fitness tracker and counts steps, calories and distance. It has a retail price of $799 with the leather band, and $999 for the titanium edition. It comes with a lifetime of free aviation database updates and will be available for purchase at AirVenture.