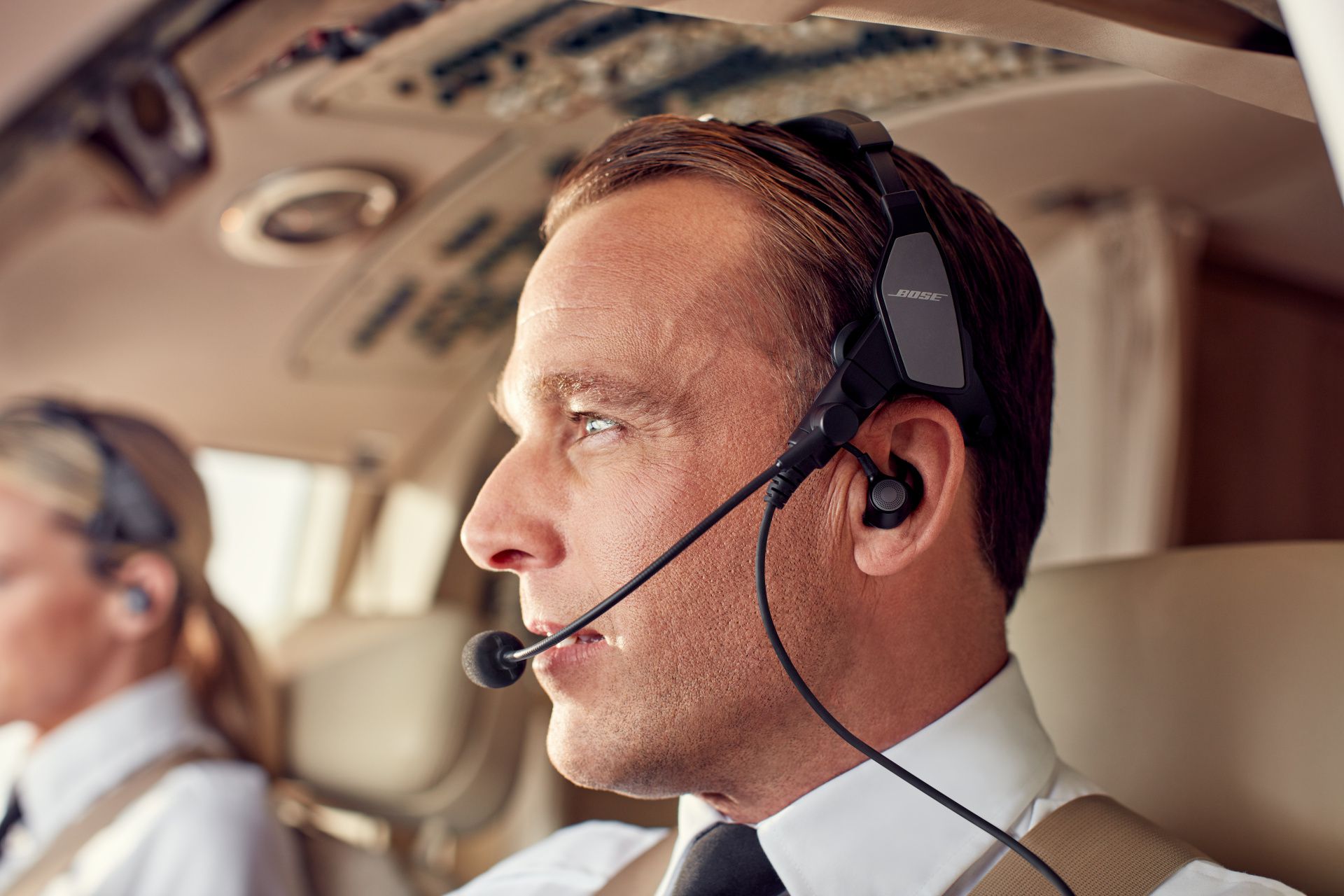 At AirVenture this week Bose announced the ProFlight Series II, an improved version of its ProFlight in-ear headset aimed at the turbine market. Key enhancements to the set include a much thinner, lighter and more flexible interface cable and improved stability when the set is on the head.

Bose also updated the set’s tap control—the feature that controls the noise reduction by tapping on the earpiece—by improving the mode’s accuracy and responsiveness when the wearer wants to communicate outside of the intercom. Bose said it also improved the set’s low-mode noise cancelling setting, which also helps when communicating to people that aren’t on the intercom.

Bose will offer the ProFlight Series 2 in a version without Bluetooth, and it changed the design off the set’s storage case (for quicker storage and easier transport)—both changes made at the request of some airline crews after using the headset on the line. Additionally, there will be an option for custom-molded eartips provided by Bose partner Avery Sound. Bose added winglets on the set’s microphone boom for better alignment.

For models with Bluetooth, the circuitry has been improved for better audio response. Last, Bose extended the warranty to five years and has also extended it to owners of original ProFlight. The new set is expected to be available in September 2019 and some of the improvements can be made to the original ProFlight by changing the downcable at a discounted price to be determined.