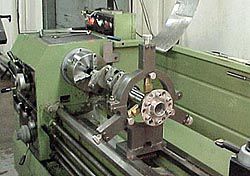 Recently released Service Bulletin 569 calls for the retirement (within the next three years) of some 5100 crankshafts born of a suspect hammer forging process performed by a specific (former) Lycoming supplier in the years 1997 through 2002. According to Lycoming’s Ian Walsh, who spoke with AVweb yesterday, Lycoming “knows they’re OK” (the crankshafts) and knows of no incidents related to the batch cited in SB 569, but doesn’t want to wait for long-term data that may prove the suspect crankshafts are not up to Lycoming’s own lasts-for-decades (if properly maintained) standards. Greatly reduced by Lycoming, the cost borne by engine owners conforming to the SB will yet amount to more than several thousand dollars per engine. We learned yesterday that Lycoming seems to believe owners will, for the most part, be understanding of these complications. It’s the idea that owners may have had good reason to expect more from their crankshafts that could bring complications back to Lycoming. We found Walsh’s reaction to that notion … unexpected. “They’ve got three years to plan for it,” said Walsh.

We were nonetheless left with the impression that Lycoming is aware of the impact of public perception and, toward that end, is sensitive to history’s role in shaping the company’s future. We’re also aware that Lycoming has carried Service Bulletin-associated costs in the past and has been careful to not paint solutions to problems with too broad a brush. In other words, very frustrated owners may ultimately find Lycoming eager to move firmly forward from this chapter … and more flexible than it appears.