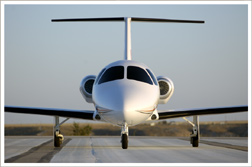 Eclipse Aviation has joined the ranks of Orville Wright, Chuck Yeager’s sonic boom and the B-2 bomber, among many others, in winning the National Aeronautic Association’s Collier Trophy, considered among the most prestigious aviation awards. In a press release announcing the winner, NAA CEO David Ivey says Eclipse is “applying innovations created in the technology industry to drive down cost, increase performance, improve safety, and spur a new type of air travel — the air taxi.” The release also paraphrases and quotes Ivey as saying “the selection committee’s criteria included recognition of the rich heritage of the Collier Trophy, and ‘the spirit of entrepreneurship, technical innovation, and the impact on American aviation,’ exemplified by the Eclipse 500.” … Which may be Ivey’s way of saying that Eclipse’s accomplishments might not fit a strict interpretation of the award’s criteria as outlined on the NAA Web site. According to the Web site, the Collier winner must have proven its contribution to aviation in the real world and not just on the drawing board. The site says the prize is awarded “for the greatest achievement in aeronautics or astronautics in America, with respect to improving the performance, efficiency, and safety of air or space vehicles, the value of which has been thoroughly demonstrated by actual use during the preceding year.” [our emphasis]. By the end of 2005, the year for which the award is given, Eclipse had just announced that certification for the 500 would be delayed until sometime after March of 2006 because of a supplier problem. The company says first customer deliveries will take place shortly after certification. FAA certification flights are now being carried out.