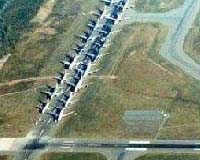 Information provided to the commission investigating the U.S. government’s response to terrorist threats prior to September 11, 2001, names an FAA quality manager in the destruction of an audiotape made in the aftermath of the 9/11 hijackings. Each of at least six air traffic controllers and some ten other employees who were on the job at the New York Air Route Traffic Control Center (ARTCC) in Ronkonkoma, N.Y., during the World Trade Center attacks gathered several hours after to recall their version of events. But that tape, which could have helped determine how the agency responded to clues that four planes had been hijacked, was destroyed before it was ever heard. In fact, officials at the ARTCC were never even told of the tape’s existence. According to the report given to the 9/11 Commission by Department of Transportation Inspector General Kenneth Mead, the audiotape was crushed in the hand of the unnamed FAA employee, then cut into small pieces and tossed into different trash cans around the ARTCC building. Despite the fact that the quality assurance officer had been told to retain all records pertaining to 9/11, he told inspector general investigators he destroyed the tape because he felt making it was contrary to FAA policy, which calls for written statements. He is also quoted to have said the controllers “were not in the correct frame of mind to have properly consented to the taping” because of the stress of the day, and told investigators that faced with a similar situation, he would repeat his actions.

Inspector General Mead told the 9/11 commission the employee showed “poor judgment,” and in calling for administrative action, said the employee’s attitude about the destruction was “especially troubling.” The FAA confirms disciplinary action has been taken against the employee, but will not say what that action was, or identify the employee. Senator John McCain (R-Ariz.) says the matter could be investigated further.