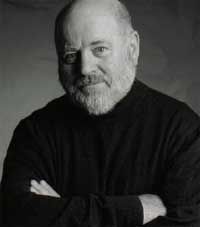 A Canadian artist for whom an airplane was as fundamental to his art as palette and brush died in a crash in British Columbia Sunday. Toni Onley was practicing touch and goes on the Fraser River just east of Vancouver when his Lake Buccaneer amphibian crashed into about 30 feet of water. There have been reports that the plane might have hit unmarked telecommunications wires spanning the river before the crash. Onley, 75, used the Buccaneer to get into wilderness areas and coastal locations that are accessible only by air and the resulting watercolor images hang in some of the most prestigious galleries in the world. But the airplane was more than a tool; it was part of his passion and he occasionally lent his name to lobbying efforts by aviation groups. Last year, Onley publicly urged the B.C. government to shelve a plan to restrict private aircraft operations in wilderness parks in the northern part of the province. He was also an active member of the Canadian Owners and Pilots Association. Onley’s daughter Lynn told the Vancouver Province that he’d been traveling a lot lately and hadn’t flown his plane recently. She said she suspected a mechanical fault caused the crash. “I think really something was wrong with the plane,” said Onley, 51, who is also an artist. “That’s basically it. And they’ll find that out when they investigate.”