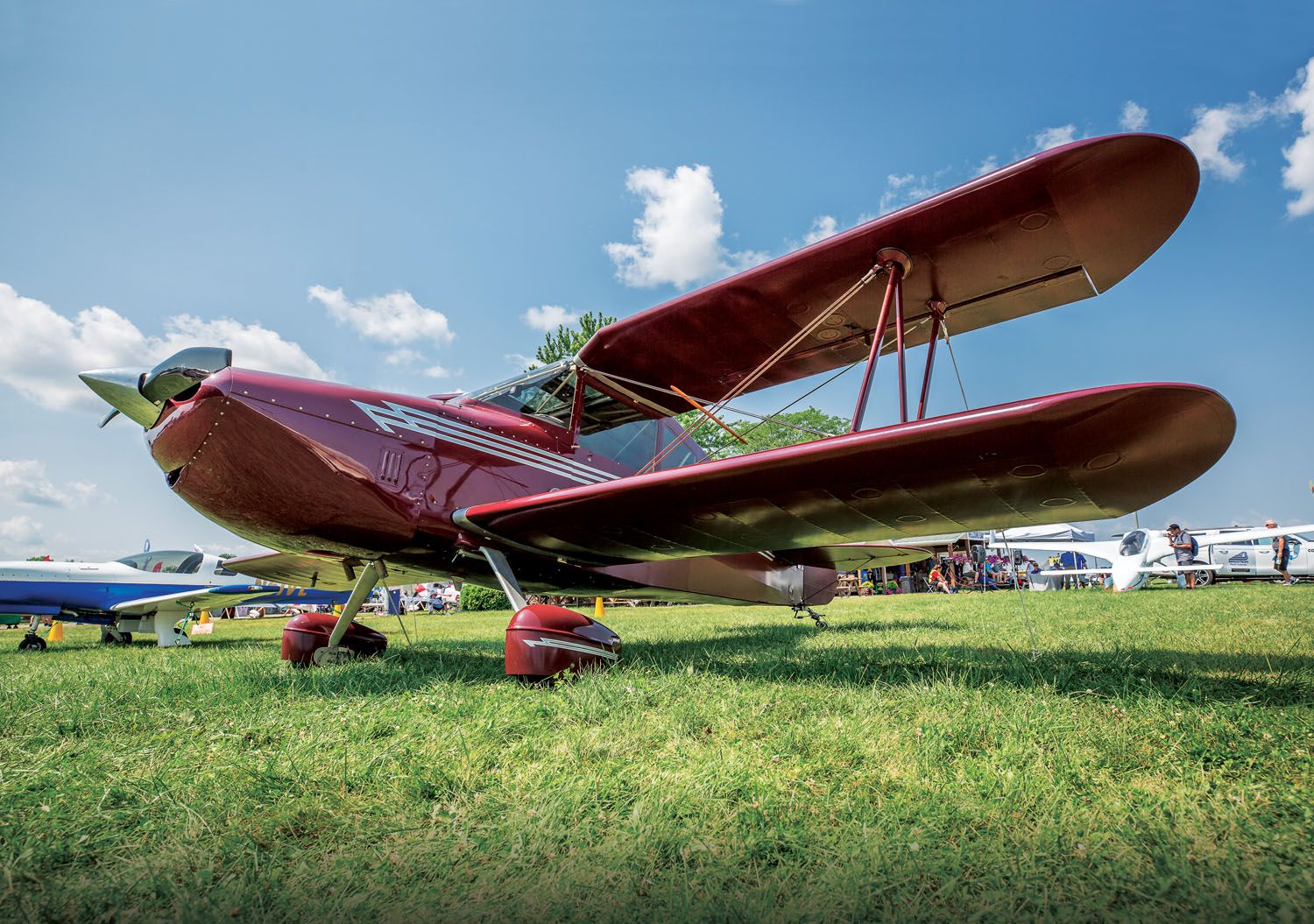 Gap and stagger are other important‭ ‬biplane considerations‭. ‬The narrower the‭ ‬gap between the upper and lower wings‭, ‬the greater the airflow interference‭, ‬which reduces efficiency and the amount of lift‭. ‬The rule of thumb then was that the gap should be greater than the chord‭. ‬Westfall put a 46-inch gap between the‭ ‬wings and their 43-inch chord‭. ‬

Paulson flew the Model O for Poling and his partner for three years‭. ‬After they donated it to the Museum of Flight at Boeing Field‭, ‬he flew it for another year‭, ‬until it went on permanent display in the main gallery‭. ‬

Poling centered the instruments at the top of the panel‭, ‬but the altimeter was on the right and the tach was on the left‭. ‬That led to a lot of head turning on landing‭. ‬“When I asked Brad‭ ‬why‭, ‬he said he always flew from the right seat and didn’t care who could see it from the left‭.‬”‭ ‬Paulson swapped their positions‭. ‬

A pilot since 1976, Scott Spangler was the founding editor of Flight Training magazine. In 1999 he launched and edited NAFI Mentor for the National Association of Flight Instructors, and for seven years was editor in chief of EAA publications. As a freelancer he’s written for Air & Space Smithsonian, Overhaul & Maintenance, Aviation for Women, Twin & Turbine and a number of non-aviation titles.

This article originally appeared in the April 2020 issue of Kitplanes magazine.