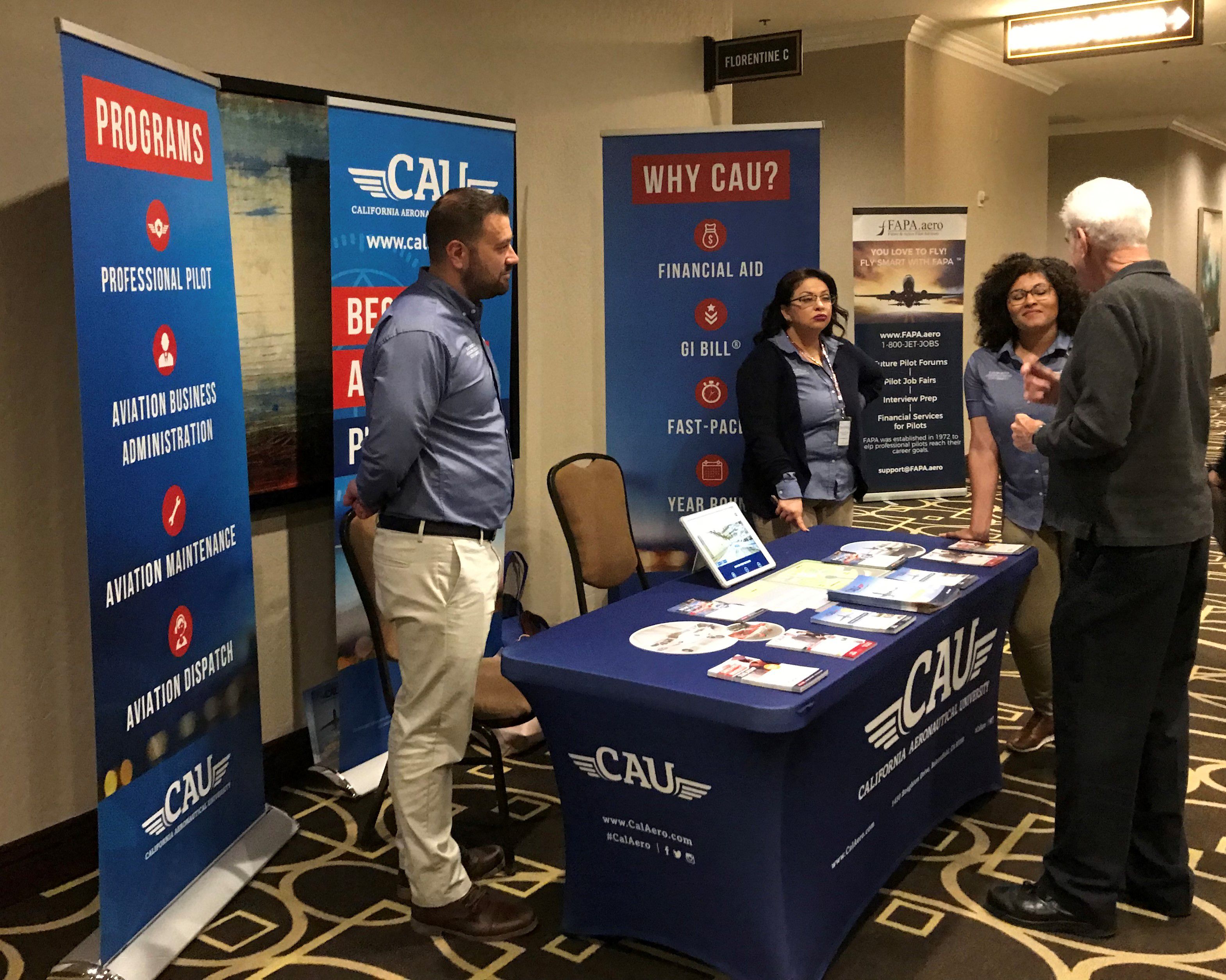 The second time I received a postcard showing a photo of a smiling gentleman of “senior” age seated in the left seat of an aircraft and emblazoned with the words Over 65? Boy, do we have a job for you!, I began wondering if the industry has really gotten so desperate for pilots that they would consider a 66-year-old, 2100+ hour hack like me for a serious flying job. The postcard, which was sent by Future & Active Pilot Advisors (FAPA), also touted an upcoming FAPA job fair and pilot forum in Las Vegas, only an hour and a half by RV from my home near Reno.

FAPA has been around since 1972 and serves as a career and financial advisory service for active and wannabe professional pilots. The organization holds job fairs and Future Pilot Forums once a month at hotel conference centers around the county. Pilots pay nothing to participate. For me, curiosity plus good flying weather sealed the deal. I signed up and flew down to McCarran Airport.

Only 250 hours total flight time and a commercial certificate were required to attend the job fair in the morning. The first piece of advice FAPA gave was to put together a polished, professional, one-page resume to bring to the job fair. An internet search revealed a free template at Bizjetjobs.com that I adapted. With all boxes checked and my resume in hand, I walked into the large room and started chatting with the various recruiters with the goal of finding out if airliners, charter operations and others really will hire older pilots with no professional experience … or after years spent away from professional flying.

The answer seems to be “Absolutely yes,” but there are catches. Part 121 airliners will not hire pilots over 65 because of federal laws. But, I was assured, they are hiring ATP-qualified pilots in their late 50s and early 60s. “If you left aviation 20 years ago because of that lost decade, it’s time to come back,” declared Air Wisconsin Director of Pilot Recruitment Timothy Genc.

One regional airline recruiter told me that they had recently hired pilots in their mid-50s with the minimum requirements to start airline transport pilot certificate training—and the airline will reimburse their costs of earning the ATP. Part 135 operators also encourage older pilots to apply. Jet Suites’ recruiter told me, “We love more mature pilots!”

That said, I didn’t exactly find an abundance of opportunities for a commercially rated, recreational pilot after retiring from a lifetime career outside aviation. Most of the operators at this job fair needed pilots with not only a multi-engine endorsement but also anywhere from 100 to 500 hours in MEL, uncommon experience for those who fly recreationally.

An air ambulance service in Reno flies Pilatus PC-12s and recently hired a pilot in his 70s, but their insurance demands many more hours of night flying and actual instrument time than I have logged. I expect many pilots considering an aviation career after retirement would have similar issues. The FAA was specifically listed as an employer open to hiring pilots over 65 but the recruiters at this event were looking for inspectors with A&P experience and other positions requiring extensive experience in the industry.

The afternoon shifted focus from commercial pilots looking for jobs to the Future Pilot Forum attended by student pilots, low-time private pilots, and aspiring pilots as young as about 13 years old. FAPA presenters and a regional airline representative assured the audience that there are and will continue to be relatively lucrative career opportunities for pilots. FAPA asserted several times during the day that their research indicates eleven of the biggest U.S. airlines will retire about 35,000 pilots in the next ten years and they will need to be replaced. Gone also are the days of sub-20k first officer salaries. First year pay appears to be in the $40k to $50k range plus hiring bonuses and tuition reimbursements. Several operations list starting pay for captains at near or over $100k.

So, are there really second-career jobs as pilots for retired 65+ years old in the airline and charter world? The simple answer is “no” to the first and “maybe” to the second. If you have more than 1500 hours as PIC in small, general aviation airplanes and have earned commercial, instrument and multi-engine ratings, it will depend on how you’ve spent your hours in the air. If you’ve had the opportunity to log a bunch of hours as second-in-command in your buddy’s Citation, you may be in great shape to pursue that second career. But if, like me, you’ve mostly flown day VFR (even on really scuddy days), there might be a significant hill to climb to score a job in the charter (or air ambulance) world.