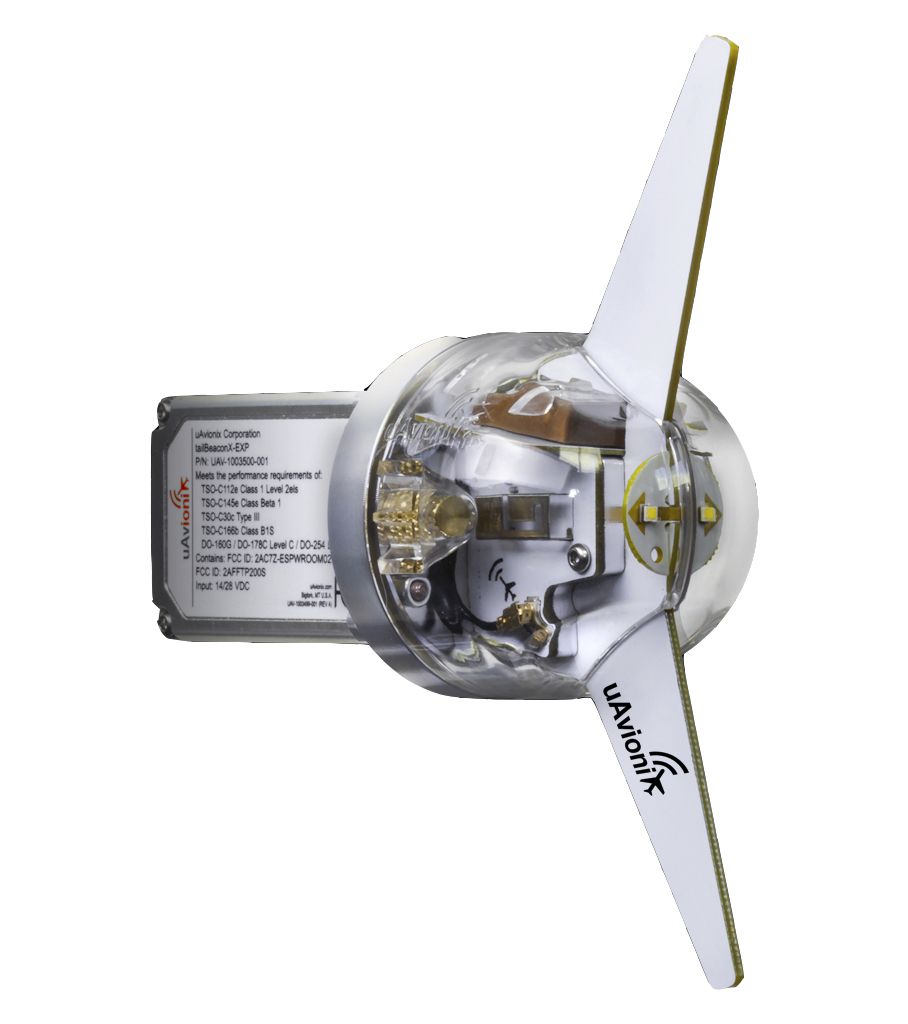 This control scheme is logical but‭ ‬fussy‮—‬and not nearly as easy as using a traditional transponder‭. ‬Why‭? ‬It’s a small head unit‭, ‬none of the buttons is lighted and finding‭ (‬then pressing‭) ‬both buttons in the heat of turbulence simply isn’t as effortless as twirling knobs or jabbing a series of numbered buttons in sequence‭. ‬I appreciate the limitations of the small display and limited input choices‭, ‬but it’s still not an ideal interface‭. ‬

We’ve previewed the AV-20 and AV-30 in KITPLANES before, but this is the first time I was able to actually fly with one of the uAvionix (formerly Aerovonics) devices. As mentioned, the AV-20 is a fairly basic unit, showing attitude with slip/skid but no airspeed or altitude. (The larger, more expensive AV-30 has both.) Which is surprising since the unit is definitely getting that data from the pitot/static system to feed the transponder. The displays include an attitude screen as well as an angle-of-attack page that uses calculated AOA and does a surprisingly good job with it. It was close in performance to the dedicated AOA already in my airplane.

Another page shows combined instant G loading (with min/max markers) and AOA. There are various clocks and timers, and, if you pop for the optional OAT probe, you can see outside air temp, true airspeed and density altitude. You can select these pages by clicking the lower left and right buttons on the bezel. It’s nice that you can go either way through the screens; it’s not a one-way street.

I mounted the AV-20 in a reducer ring to the spot normally occupied by the turn coordinator. In flight, I found the display to have excellent legibility and brightness with virtually no glare. It’s crisper in person than the photos suggest. But it is small, and flying solely by reference to the attitude indicator would require real concentration and benefit from a fair bit of practice integrating it into your scan.

No doubt the AV-30, which fits into a 3 1/8-inch hole, would be a lot better in the event you had it use it as a primary indicator. But $895 for a compact, lightweight unit that includes a battery (with a 30-minute expected run time) is a reasonable deal, especially if you’re using it to manage your new Mode S transponder. In that sense, you get a remote control head for the transponder that can also provide timers and an attitude backup. Not bad at all. —M.C.