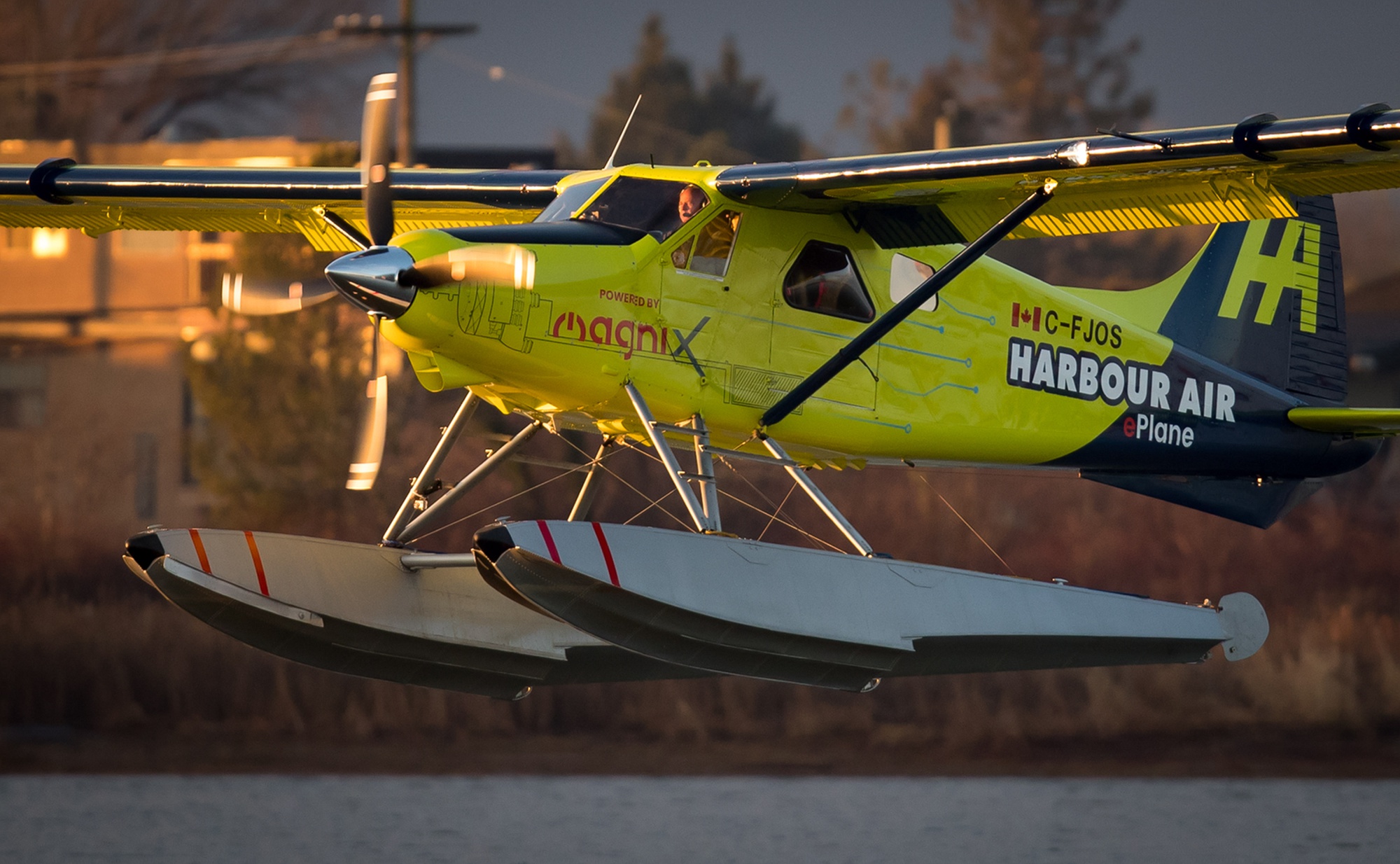 Bravo on the collaboration. It’s a great team as any battery improvement this partnership offers will be tested in a real world, short haul, aviation environment. Battery technology is rapidly improving. I see it from the RC model realm to some very heavy hitters in the auto industry. While battery technology is rapidly improving including re-chargeability, its progress is far behind the ESC and motor developments. Eventually it will catch up enough to make this electric Beaver a viable short haul airplane. Harbor Air will have charging facilities in place as their battery partnership matures solving another infrastructure problem that will eventually have to be addressed nationwide for both ground pounder transportation and aerial operators. I am happy for this collaborative effort and look forward to their mutual progress. But I am not going to fret that my gas burning ground bound conveyances and old airplane are in any immediate danger of extinction.

Take any piston-powered airframe today, replace the weight of the engine and fuel with the best motor and battery packs on the planet, and you will have 1/12th the range of the gas-powered counterpart. The weak link is not the electric motors, there are plenty of good ones to choose from. The problem is the energy-to-weight-ratio of the best-available batteries; they are nowhere close to being on-par with gasoline. We have a long ways to go for electric aviation to measure up to current alternatives. But, if Harbor Air can work with the range limitations and leverage modular batteries for quick “refueling” (so to speak), Godspeed.

Looking Up Your Old N-Numbers

Thanks for the article. My trainer was a 150 that I bought into for $3000 with 2 other guys. One was a dairy farmer so he flew mid-day. The other was a morning/dawn patrol kind of guy and I was the afternoon evening guy. It was perfect. Since I “owned the plane” there was no shenanigans about scheduling or other FBO games. I had a first instructor that picked up some spare cash between ag flights. This was northern VT so mountain flying was normal. I had the ag pilot/instuctor until I soloed and he got busy. All he told me once I solo-ed was do not fly into big airports and do not take passengers…OK 100 hours later of flying all over the boonies of the northeast I figured I would finish my license. I found a new instructor. He took one look at my log book and shook his head. “well if you have not killed yourself by now you must be OK.” He and I quickly completed all the rest of the requirements and in a couple of months I had my shiny new license. I opted out of the 150 and got a Cherokee 6. My former partners are still flying it 30+ years later.

Thanks for the article. “My” IFR training club airplane and the first plane I flew IFR solo was a Cessna FR172 “Reims Rocket” with a 210hp six-cylinder Rolls-Royce Continental engine. I had known it since it had arrived at the club as there is a photo of 2-year-old me at the controls on the occasion of its “christening” (dedication). It got a new paintjob in the 90s when the club entered a cooperation with a radio station to provide aerial traffic information and is still going strong at the same club at age 50, its faded green interior probably still matching the original paint scheme. I don’t know if the black over black horizon and the turning dial ADF ever got an update, but the KX170s probably had to yield to something with 8.33 channel spacing.

Poll: Do You Consider See and Avoid Good Enough?