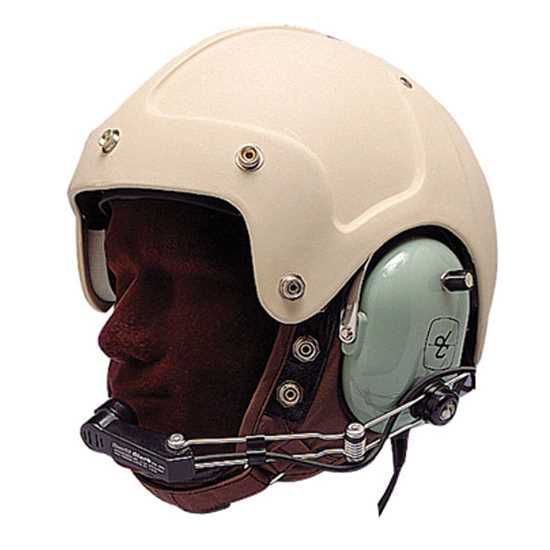 The Case For Flight Helmets

Thought provoking piece Paul. I don’t consider myself short at 6’1” but always crave better visibility when taking off or landing my Husky. It has an excellent 5 point harness but a fixed position seat. As a result, I’ve taken to using cushions to improve visual awareness. The downside is my forehead and the overhead bubble compass have assumed an unhealthily close relationship on a few occasions during entry and exit. More than once I’ve thought about the damage I’d sustain in the event of a nose over or other impact. Perhaps the K-10 is the answer!

The case for pilot flight helmets was made already in the 1970s for a worldwide non-profit flight organization primarily operating Cessna 185s out of short unimproved airstrips. The new rule went into effect after one of our pilots survived what would have been a fatal engine failure on takeoff accident but wasn’t fatal solely because he was wearing a helmet. On his way out of the house that morning, as an afterthought he had grabbed his son’s motorcycle helmet for a flight to break in a freshly overhauled engine on a Cessna 185. The helmet saved his day. All our planes were equipped with 5 point military style harnesses, but in the 185 we kept the right hand shoulder harness less tight than the left in order to better reach the flap handle and tailwheel lock. Our rationale for not issuing helmets to passengers was because passengers wore all five straps well tightened and were therefore better protected. Policy decisions in the 1970s were not as data driven as they are today, so no we did not have much data to support the helmet policy. The fact that both the helmet and loose shoulder harness played a role in that one accident were all the data we needed. The pilot helmet rule went on to be adopted in other type aircraft as well.

I think you would have to redesign most of the cabins or canopies of the small GA fleet to accommodate any helmet that would offer meaningful protection. I know I tried one recently and couldn’t get the canopy closed…

That said, you posed the question of “what else?” My own “What Else” – flying in remote parts of New England at times – is a grab bag of winter survival “stuff.” Extra gloves, scarf, fur hat, vest, fleece sleep sac, one of those mylar sleep sacs and enough “dry” first aid stuff to bind and splint. And an empty collapsible water bottle.

In USAF UPT, they taught, in an emergency, wind the clock. The idea being the same as this article, which is pause and think about what is happening. For the immediate action, there was “bold face.” Those reactions that had to be preprogrammed into your hind brain. These were memorized verbatim and you were tested weekly.

The 60 second idea works for mechanics also. Pilots are not the only ones in aviation that are pressured…but mechanics don’t crash and burn of course. Like “winding that clock,” I “regroup” my tools.

In medicine we have an expression for running codes.

i.e. take a minute to assess yourself and the situation. Essentially the summary of this excellent article.

I’ve owned my 1975 Cessna 172 Skyhawk II for over 36 years … since it was 10 years old. Sold new as a leaseback in Long Beach and used at Vandenburg AFB for two years (I actually saw it there), I bought it for $13,500 — you read that right — with ~2,000 hrs on its original -E2D 150hp engine from its second private owners. I put 400 hours on it in the first 6 years and decided to it was time to either rebuild it or install a larger engine; I went with the later option … installing a factory new high compression 160hp -D2G engine. I went that way vs. a 180hp engine because my airplane has standard tanks of 38 gal usable. Had it had long range tanks, I may well have gone with the 180hp engine. The 10hp increase with a prop pitch increase of 4″ made a dramatic difference in performance with literally no noticeable increase in fuel consumption. I rented a 180hp airplane before I went with the 160hp engine and decided the increased fuel flow wasn’t worth the price. I made the right decision. Nowadays with the Power Flow exhausts and electronic mags, you could achieve the same power with the -D2G engine, I think.

IMHO, the “M” model airplane is THE model to have. “M” airplanes were the first with the camber lift wing design which is still in use. Of the four years (’73 to ’76) the “M” was made, the ’76 is the one to have because the panel design matches the later airplanes. A ’77 “N” airplane IF it has the -D2G engine installed would be desirable, too? Not widely realized, the control yoke shaft comes out of the panel at a lower height on the ’76 et sub airplanes allowing the flight instruments to be mounted directly in line above that shaft and the engine/fuel instruments on the L side of the pilot side panel. My ’75 and earlier airplanes have the instruments offset L and R of the shaft because there isn’t room for them above and the other gauges on the R panel. No biggie but this is a subtle difference. ALL “M” airplanes and the ’77 “N” airplane have 12-volt systems. ’78 and newer airplanes went to 24-volt systems.

The ONLY shortcoming of my airplane is the standard range tanks. I wish it had the long range 50 gal tanks. There are ways to add fuel but the cost/benefit ratio of adding that mod isn’t worth it to me.

I’ve had opportunities to buy better airplanes but … why? I rarely carry more than one other person and am a day VFR septuagenarian pilot these days. Shortly, I plan to have the airplane painted and do a VFR panel upgrade myself (I already have ADS-B) and that’s all I need. With Basic Med taking away my fear of losing my medical for some stupid reason, keeping my trusty 172 turns out to have been a good decision. When it comes time to turn it over to a new owner, the rise in values will have the ultimate full cost of ownership likely being free? How could it get any better’n that? Now with 2,800 hrs on the airframe, the airplane would likely sell in one day over the phone?

For 16 years, I also owned a ’67 PA-28-140. So I’m in the unique position of critically comparing the two airplanes. There were plenty of days that I’d climb out of one and into the other. Aside from the high wing/low wing argument/preference, I think the 172 is a far better airplane overall. At Edwards AFB in the desert, I once took off with four adults in the airplane at full gross and high density altitude and the airplane performed. I’da never done that in the PA28. The ONLY place that the PA28 shines over the 172 is in stability. You almost have to command a PA28 to do things whereas the 172 is wandering all over the place if you take your hands off the yoke. When I decided to sell one of the airplanes, I gave the buyer his choice … he went for the PA28 because the paint was perfect. He later regretted this decision and now wants my 172 … sorry!!