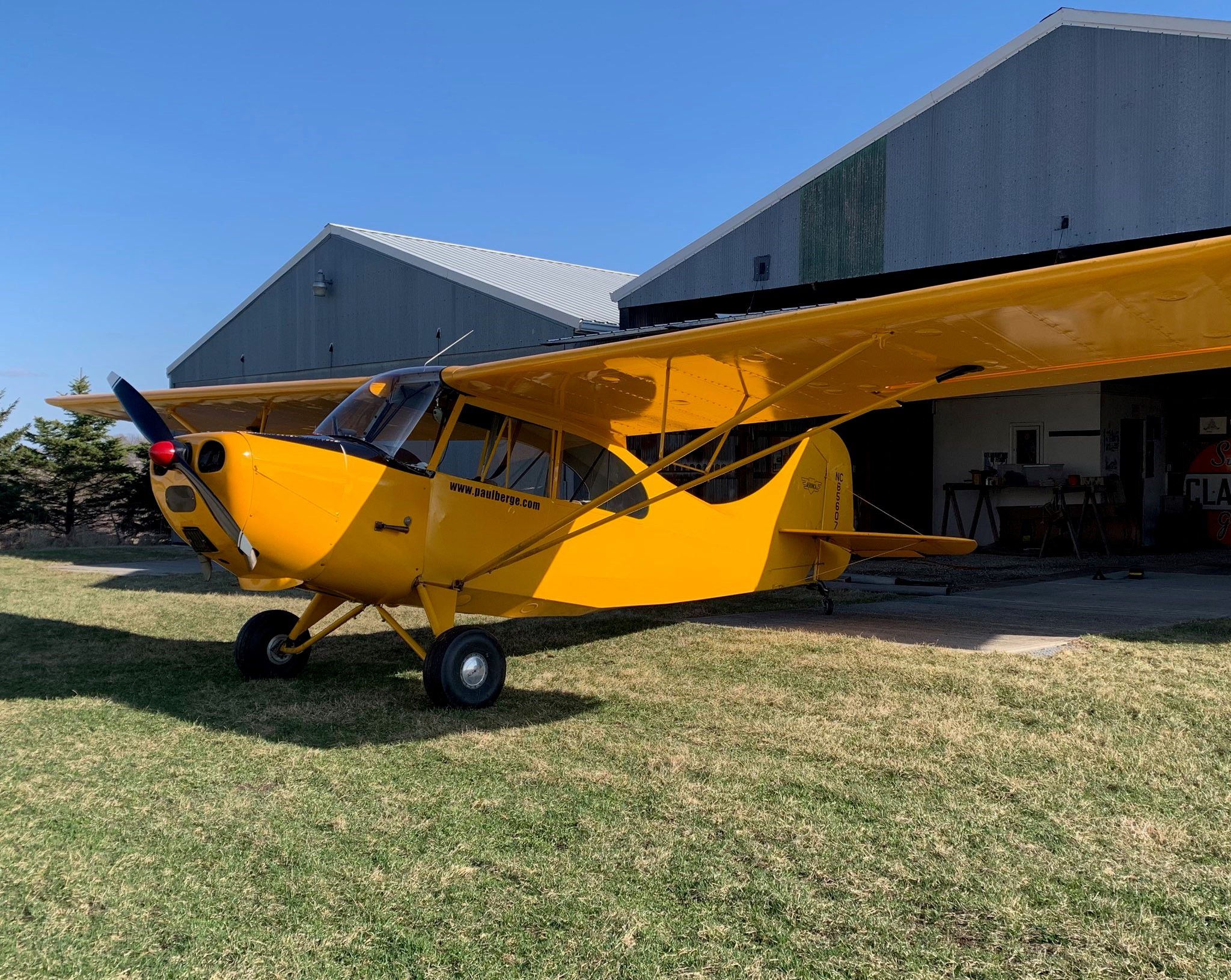 Open Your Hangar-Mind On Windlass Days

Hangar doors; I’ve known quite a few in my lifetime. Some I’ve liked but most I don’t. This time around I thought I’d found the perfect hangar: solid concrete floors, tight walls to keep out the vermin, and a roof guaranteed to spare my airplane from the dangers of excessive sunlight, rain, or hail. The only problem is the snow and freezing rain that cements the doors shut after a winter’s storm.

There are no hydraulics connected with my door; it’s just brute manpower against mother nature, and at my age, such physical determination might be difficult to measure on any scale, so thank GOD for sledgehammers because this winter during the area’s many freezes, the floor lifted and locked the door shut, totally, frozen stiff, my airplane entombed.

I love my airplane and have bonded totally with it, so sensing the desperation my airplane felt being trapped in the hangar, I raced home and returned with a sledgehammer and beat the offending concrete into submission. I’ve since learned that while it might only take a few minutes to beat the hangar floor loose from its death grip on the door, it can take up to two days to repair the damage under the watchful eyes of understanding management. And it’s never just the door! It’s the floor lifting, the moisture underneath the floor that lifted and blocked the door and the poor drainage that funneled the moisture under the floor in the first place and the rain, the snow, and many other things.

Thanks, Paul, for discussing one of the most important yet least discussed aspects of aviation and airplane ownership: the hangar door!

In the pattern I’d rather hear aircraft type and abbreviated call sign than type and color…the color does me no good when I’m five miles out and it’s easier to keep track of with abbreviated call signs. And AIM provides advisory guidance that is similar. One last irritant…those pilots who insist on using local landmarks instead of distance/direction from the airport. Non-local pilots have no idea where “the lake” or “Barney’s place” is. Or pilots using IFR approach fixes for a VFR pattern. Or pilots overflying at 5000′ AGL providing repeated position reports. I could go on, but clear and concise and well-timed is the key. And Paul is my favorite writer.

Having been in the communications game both military & civilian since … umm, lots of decades ago … I do lean toward brief & to the point, but frankly I prefer putting up with a little too much rather than experiencing not enough. It’s annoying to make an initial call (and yes, sans the “any traffic advise”) after a period of monitoring inbound and then during pattern entry make the late discovery there actually was someone wandering around the pattern area who felt it unnecessary to mention the fact.

Poll: Virgin Galactic’s Flight To The Edge of Space This Weekend, Was…