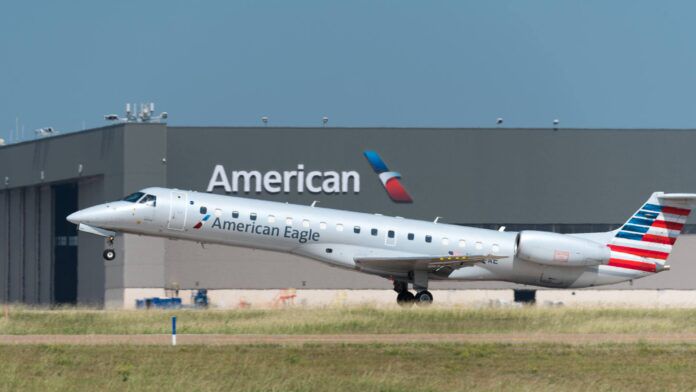 Like a many of us that fly, it was always a dream to wrench planes and learn how it all works, so I took advantage of the pandemic out-of-office to cram in an A&P.

I graduated last year feeling very sad about aviation’s future – like visiting your friend in hospice: you hope for the best but it’s not looking too good.

I have several “real” degrees that are well compensated for in my day job, but getting an A&P was the hardest thing I’ve done. If you really want to know what the heck you’re talking about as an A&P you need dedicate years to absorb even a fraction of what you’d need to know about all the systems, materials and processes that make up even a “simple” GA plane that is based on 1930s technology. I trust the signature of maybe 4 of my 40 classmates to fix my plane. The other 90% have years of apprenticeship ahead of them to be competent, even with their A&P ticket in hand.

What jobs are my new A&P friends getting in this “Hot” labor market? Crappy ones! They are getting offers at local FBO for $17/hr with lousy benefits, or at non-union regionals for $21/hr graveyard shift. (My local school district starts $24/hr for school bus drivers with benefits, and has admin assistant jobs needing only basic skills that start at $30/hr. so I find A&P pay laughable considering the work) The top end of A&Ps at major airlines is around $45-50/hr (plus benefits). So it can be a decent paying career outside of GA if you want to spent the ten years it takes get your training and to get to that seniority level at a major, but most people can think of easier ways to earn $90k /yr after a decade.

Only the most avid aviation lovers would choose to be an A&P for this pay, but these young people don’t exist. There is not the same amount of younger people who grew up dreaming of aviation – they are at home in the modern “virtual” world and the physical world is dirty and boring. There was no one in my class that had been in a GA plane. The whole idea of wrenching these grimy 60-yr-old spam cans with orange plush interiors and Narco avionics was distasteful to people who grew up on an iPhone and watched CGI Marvel Universe movies. They can’t understand why a 30-yr-old used muffler costs $800, a GPS from 1996 costs $5000, or a gas cap for a C421 costs $96. Is a carbon pile voltage regulator for real or just borrowed from a museum?? There is not one manual that has been written since 1963 and the definitive references for many subjects are literally from WW II. Uh did you just say microfiche?

The whole GA thing to younger people seems like the guys who go to antique car shows and talk about whitewall tires on their Model-A Fords or people spending the weekend waxing their 70-yr-old teak sail boat – a niche hobby of weirdos who are hiding from their wives or creepy single dudes. Hanging out with cat ladies sounds more normal and appealing than GA.

Mike Busch had a great EAA webinar that’s on YouTube about GA’s problems holding onto A&Ps while keeping your FBO’s shop rate under $150/hr – it is almost impossible to do. If you can be a decent A&P there are a dozen industries that can use your demonstrated abilities of following specific procedures, regs, comprehending complex documentation, troubleshooting, repair, maint., documenting your work etc., so a lot of Part 147 grads get poached by mining, oil/gas, manufacturing plant maint., amusement parks etc.

There is a huge lack of decent repair documentation in GA, so if you did not have someone to show you how to do a repair, it can be really hard to understand how to do it properly and not kill people. Instead of just one brand like back in 1970s, most shops are expected to know how to fix a dozen brands of planes, so an apprentice A&P might be shown how to do a repair the first week on the job and then 8 years later he sees that repair again and can do it him(her)self properly. But once these experienced people are dead and gone, even a million new A&Ps won’t be useful since so much of what you need to know is not written down anywhere and has to be taught by experience.

I know we complain about $5000 annuals, but I am honestly amazed that anyone can keep a FBO going these days. If none of this rings true and you have a great A&P or two and pay $60/hr shop rate, count yourself lucky – you don’t know how good you have it until it’s gone! So don’t bring donuts and coffee for your beloved FBO A&P, get him some bran muffins with unrefined organic local sourced honey, an acai smoothie, take him for a walk, maybe get him a massage. Make sure he’s taking his BP and cholesterol meds. Keep him going, ’cause once that guy’s dead, trust me, the next guy don’t know squat or (more likely) doesn’t exist and never will.

As well stated as I’ve ever read. Recognizing the distinction between training and education, and the need to train constantly, i.e., practice, may be the most important aspect of being a pilot. Those new to flying should take this to heart and never forget it. Nicely done, Mr. Dye.

Minimizing The Risk Of Engine Failure

As someone who rented for about 20 years, and then flew – and maintained – my (our) own Glasair for 24 years, and is back to renting, here are my thoughts:

First, as a Renter, and especially one who had done my own maintenance on my own plane for 24 years, I feel blind and powerless when it comes to maintenance of the plane that I am renting.

Specifically, I don’t know how things look inside. I can only see major problems looking through the oil door – if they are major. (Leaks, burns, maybe some chaffing if oriented toward me.) I can’t wiggle things or look into spark plug holes. Nor am I allowed to de-cowl the airplane to look around for myself. And I have no idea about the condition of pulleys and cables inside.

Also, with a Rental, I don’t know who the last idiot was who flew the airplane. At least when I flew our Glasair, I knew whatever stupid thing that I had done during the last flight. (I overleaned once during climbout and saw detonation on the Graphic Engine Monitor.) Or if I landed hard, or did something requiring an immediate inspection. (Someone pranged an LSA at a school I used to rent from. It left a large hole in the floorboard. It flew a few hours before anyone noticed.)

I am not privy to oil analysis, or even seeing (and smelling) the oil at an oil change. Etc. Etc. I learned a LOT about aircraft engines while maintaining my own (even taking it apart twice) and so I knew the condition of the cam and tappets, etc. on ours. Unfortunately, I know nothing about the aircraft that I now rent. (In fact, I refuse to be the one who does the Return to Service flight on Rentals, which has turned out to be wise.)

And so I don’t fly Rentals at night or in IMC anymore. (Ignorance being bliss, I used to before learning about maintenance via the Glasair.)

Second, I REALLY miss having a multi-probe EGT/CHT monitor in the rentals. I saw a video once by one of the manufacturers where a pilot spokesman said that he would NEVER fly an airplane without a multi-probe monitor.

A bit of hyperbole. But I can empathize. Again, I feel blind flying an airplane where I can’t see what the CHT’s or EGT’s are for all the cylinders. Our Engine Monitor has reported problems in time to save my butt numerous times. (Mag failure in flight, carb bowl loosening, throttle shaft wearing, etc.)

Last, it is true that a well maintained, often flown airplane can fly a long time between TBO. We had 2400 hours since bottom on our Glasair before I overhauled it to sell. And the cam and tappets were perfect. It could have gone 600 hours more. I’ve talked with Inspectors for school aircraft who have waivers from the FAA to go 2600 hours between TBO on school aircraft.

KFNL has a remote tower. I chose “I’m not sure, frankly” because of the mixed feelings I have about it. It’s a contract tower, not staffed by FAA employees, which is one aspect—they seem ultra-conservative so that there are inordinate delays getting cleared to depart. Whether that’s because they are just being careful or can’t see traffic in the pattern or what, I don’t know—but see the next paragraph.

In spite of a plethora of cameras spotted around the field, they don’t seem to be able to see aircraft, where a person in a real tower cab would be able to. For instance, on one occasion, I reported 5 east, to which the controller replied “not in sight” although I have HID lights wig-wagging and it was a clear day. I was told to enter downwind for 15, which I did, and the controller seemed surprised when I announced turning base. He first chewed me out for not reporting that I was downwind before clearing me to land, so obviously he didn’t see me.

I’ve been in the “cab”, which has a series of huge screens all along one wall, which gives a 360° view compressed into 180°. Perhaps with training it’s not a problem, but I frankly thought it was confusing, to see an aircraft depart to the right of the screen and then show up on the left of the screen.

Lastly, at least at KFNL, I don’t see the need for any tower. There’s still not enough traffic count to warrant a tower, IMHO. But that’s me—I’m pretty comfortable with a non-towered situation.

19 years ago, I installed an EFIS and Moving Map GPS in a number of aircraft and everyone asked “Are Glass Panels A Good Idea?”