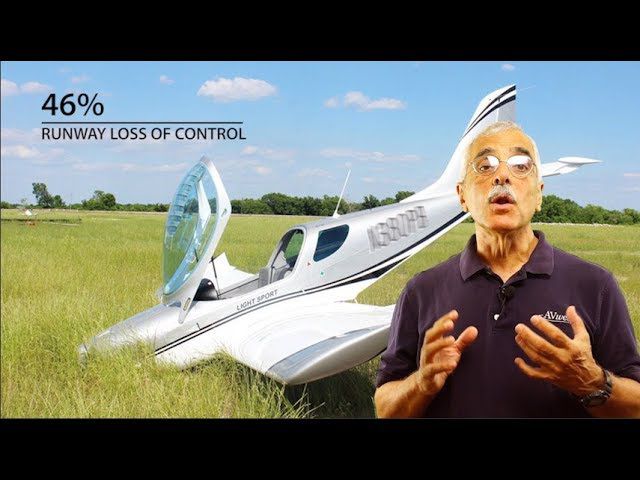 It seems that the main issue for light sport comes down to perception versus reality. The original light sport concept was basically a larger version of ultralights. But, manufacturers immediately started to make them grown-up airplanes in a smaller package. And, the buying public agreed with that as evidenced by the fact that the most popular LSAs are the more expensive and better outfitted models. The bare-bones models are not selling well, if at all. Since most LSA pilots are licensed individuals that learned to fly in certified airframes, they want the nicer planes with more capabilities. In other words, they want an affordable LSA that does the same things as their former Bonanzas and Mooneys did. Unfortunately, the low wing loading and low control forces are hard to adapt to when your muscle memory is based on the Bonanza’s control feel. Old habits are hard to break.

I think most people agree that the solution is to allow higher gross weight, which will both make the airframe stronger and increase the wing loading for a “true airplane” feel that pilots expect. Almost as soon as the original specifications for LSA came out, people started lobbying for changes in weight and airspeed limitations. Ironically, it is now taking longer to get updated standards than it took to formulate the original specifications. Personally, I find it inexcusable that it has taken this long and we still have no idea when new standards will appear, or what they will look like when they finally arrive. It appears to be a topic that no one in the FAA wants to touch, so there is no incentive for them to get serious about moving it forward. In the meantime, the Europeans are moving forward with several new airframes that can only be imported as an experimental aircraft in the U.S. Classic government inertia.

Bingo on the light wing-loading Paul. If the LSA rule had been 45 kt max stall speed vs a 45 kt clean stall speed, in rough numbers 20% less wing areas would be required, getting the aircraft close to 13 lbs/sq.ft wing loading. Increasing the wing loading to that level benefits handling, cross wind performance, stability and feedback forces.

Hopefully the update to the rules, whenever they come, will involve sensible updates like this and the 120 kt speed limit.

Poll: Do You Think Pilots Today Are Better Trained?

Pilots are better versed in aeronautical theory–and the FARs (though not in how to properly interpret them).

Pilots have a broad spectrum of information and opinions–but the average pilot doesn’t fly enough to interpret the information–average flight hours per student or Private Pilot per year are WAY DOWN compared to years ago. The result? LOTS OF EMPHASIS ON THEORY–LESS PRACTICAL KNOWLEDGE.

Example: Student pilots used to be required to complete 10 hours of cross country time–with the “long cross-country” long enough to find and land at a strange airport–how to buy fuel and take care of the aircraft. That’s no longer true–pilots today have little experience in actually USING THEIR AIRCRAFT TO GO PLACES–we see it in the FBO business every day–even at rural airports. Pilots don’t know how to park and secure their aircraft–or how purchase fuel or add oil–or how to get to their destination. I believe that the lack of confidence and knowledge of how to use the airplane is directly responsible for the decline in flight hours. The U.S. has become the “European model”–light sport and very light aircraft utilized mostly for local fun flying. As a result, pilots are less confident in their ability to fly the aircraft–either locally or cross country.

While the FARs require more and more knowledge–aviation publications further stoke fears with articles like “Never Again!”–articles mainly about bone-headed mistakes by poorly trained pilots. Even many of the major University programs feature hidebound “THIS is the flight lesson you must do today” instead of opportunities to learn. As a result, there is a divide among pilots–those that learned in a highly structured environment to prepare them for a career in aviation and where their every flight is strictly controlled–and those who just want to fly for fun–who gravitate to LSAs and recreational pilots. The “businessman pilot”–or pilot that used to utilize his/her aircraft to GO PLACES and DO THINGS–is declining–and new aircraft sales have declined with them. Most of this breed will no longer be flying in the next decade or two. The U.S. USED to be the “aviation provider for the world”–now, airliners, commuter airliners, business aircraft, sport aircraft, and LSAs are foreign made.

Perhaps we should make it official–two separate pilot learning tracks–one for “Sport” pilots–with less regulation (as well as airspace access)–and a “commercial” pilot. This isn’t as draconian as you might expect–very few Private Pilots operate off airports with commercial service–partly due to delays, traffic, and complexity–and partly due to cost. I’m in favor of TWO classes of “Private Pilots”–(or to simplify, returning to the original Private Pilot curriculum–as well as returning to the original Commercial Pilot curriculum. Over time, the two have melded–there is little difference.

Save money and have more fun (and additional lower-cost aircraft that CAN’T be used for “commercial purposes”) for the reconstituted Private Pilot–and a true “Commercial Pilot” certificate with the additional training to operate higher performance aircraft from higher-density airports.

Let’s get back to what these certificates were originally meant for–instead of trying to meld and conflate them.

At the GA (PPL thru CFI) level I have most definitely seen slippage in the quality of training and the resultant pilots in the past 10 years. I’m ATP rated (Flying King Airs) and have been teaching 20+ years. I’m less surprised at the student pilots because I can clearly see the source of their training flaws come from their flawed instructors. I’ve had more than one CFI argue that it is better to use your aircraft type and color instead of your N-Number in radio calls “because I can’t see your N-NUMBER at most distances”. Can’t blame the student when the CFI taught them such crap. (Don’t get me started on teaching a student to say “Cleared the Active” when exiting a runway or “Any traffic in the area please advise”).

I agree with Mr. Hanson on the declining depth of knowledge on aircraft and engines as well as how to go to from A to B using all the resources we have. “Oh, I didn’t know this wasn’t transient parking” – You mean you didn’t 1) Read your AFD, 2) Listen to the AWOS, 3) Look at the BIG SIGN, or 4) Ask UNICOM?

I also see much less prepared pilots on the higher criticality maneuvers like go-arounds, stall recoveries, misses approaches, and engine failures in both singles and twins. I used to see rust build up on pilots but now am finding they never learned proper technique. “Don’t trim in the pattern because you need to feel what the plane is doing” WTH?!?

While on the topic, I am also seeing fewer good DPE’s (and DPE’s in general) in our region. In my view, the DPE’s don’t just check the work we are doing as CFIs– they create a standard that the CFIs know to teach too (yeah, in addition to the ACS). Have only a marginal DPE in a given area and the CFI’s will eventually teach to the lower standard, and the pilots coming out will be substandard and not even know it.

I realized recently that I am now one of the ‘Silverback’ CFIs at my local airport. While I think I am a good instructor with a lot of real-world (91/135) experience to share I consider myself chopped liver next to some the CFI-Gods that floated just off the tarmac when I was coming up around here.

I also have decades of flying under my belt, to include flight instruction in taildraggers to commercial airliners. Having flown with pilots fresh out of the “puppy mill flight schools” I observed great proficiency in programming the technically advanced aircraft in which they learned to “fly,” but stick and rudder skills are poor at best. Ask them to perform a simple coordinated dutch roll, and you get a blank stare. Foot work is not in their repertoire. Initial flight training should be done in an old Piper Cub, sans instruments, to learn coordinated flight and real crosswind landings! It is easy to tell if a pilot has spent some time in a tailwheel aircraft as his or her ability to fly any other aircraft is infinitely better. Add a few hours of aerobatics and true flying skills are learned.

Button pushing on a G1000 is not flying.