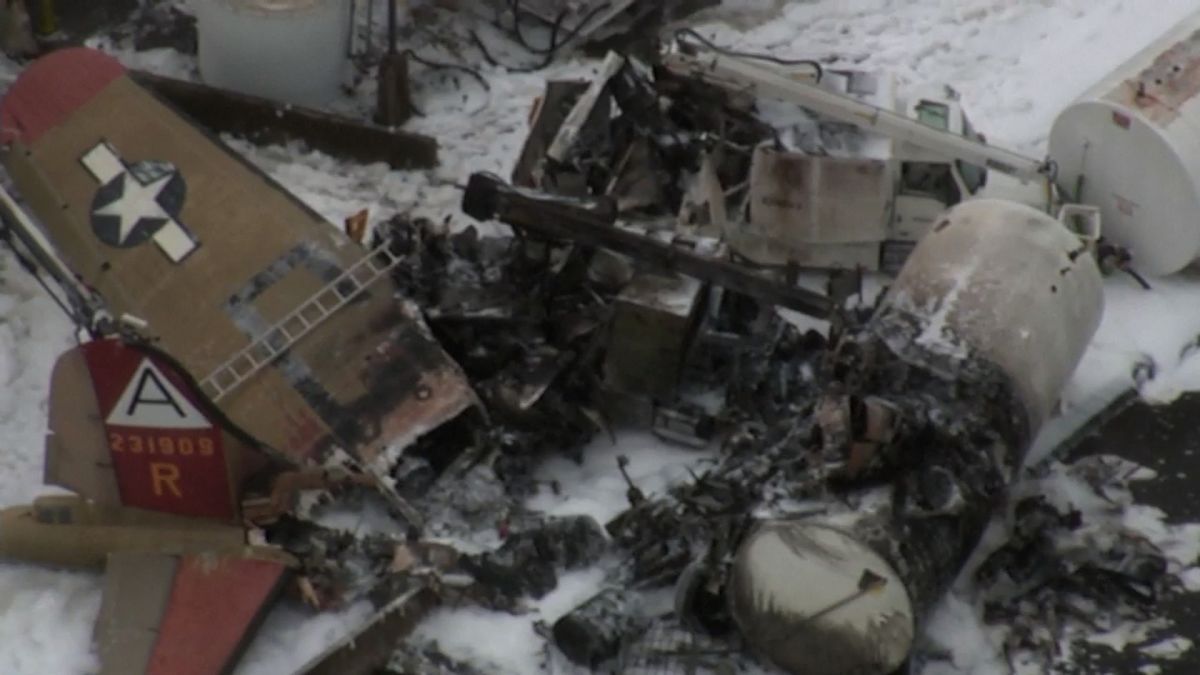 The problems the FAA are citing Collings Foundation is poor maintenance, poor record-keeping of maintenance performed, and maintenance people unaware of operational procedures/requirements of the LHFE [Living History Flight Exemptions] program. The FAA’s refusal to reissue the LHFE program to Collings is based on all of the above. Consent given to fly on any LHFE assumes that the warbird owner(s) are following FAA mandated LHFE requirements.

I believe there is more to this story. The FAA has released SOME of their reasons for refusing to reissue the exemption but not all. Nor has the Collings Foundation responded. This situation is like a divorce. There are two sides to the story with truth somewhere in between.

The maintenance evidence thus far presented does not look good for Collings. However, there is a certain amount of trust in performing aircraft maintenance expected. The question is how do you ensure that? FAA rules and regulations try to ensure compliance. But those rules and regulations cannot guarantee that an individual will not perform sloppy work. Another question is what did the pilots know about the condition of those two engines before take-off? It has been determined that there was some kind of maintenance performed on those engines prior to flight. Were the engines in question making full rated take-off power? Or were they making enough power to satisfy the pilots for a quick local flight with further maintenance when back on the ground? Ultimately, the PIC is responsible for determining the airworthiness of the airplane. The FAA has not released all that they know about these questions.

Evidence of engine detonation shows that timing was far enough off to reveal some engine damage. We don’t know the extent of that detonation damage. Any signs of that is certainly not good. Fouled plugs, weak or non-existent spark, loose P-leads, spark plugs improperly gapped, worn cam followers, and magneto points out of limits has nothing to do with the chronological age of the engine. Don’t care for your new IO-550 the same way? You get the same results. Parts and their condition thus far cited by the FAA are normal, relatively commonly found items.

Is this the type of maintenance performed and seen on other Collings warbirds? Is there a pattern of slipshod maintenance throughout the Collings Foundation’s other airplanes? We know none of this information.

The Collings Foundation has had a reputation for award winning restorations. None-O-Nine had been flying passengers regularly for decades prior to the accident flight. Prior to this accident, it has always appeared to me the organization has been top notched in all that it has done regarding the preservation/restoration of historical warbirds. The FAA has had a verifiable history of proper LHFE compliance by the Collings Foundation for decades. And, if the corrections are made as per the FAA LHFE program requirements, it appears the Colllings Foundation could get it back.

Was the overall series of maintenance procedures and pilot decisions leading to the crash of Nine-O-Nine something indicative of the overall culture of the Collings Foundation? I would like to think no. But it is clear mechanically, there were several serious maintenance issues on the two engines in question. Time will tell.

I am also an AME and a radiation oncologist. While doctors may be considered “essential business,” I am experiencing remarkable interpretations of what services are considered “essential.” The governor issued an order last week stating the following: Physicians should postpone elective and non-urgent procedures and office visits immediately. This action will help the healthcare system preserve resources and personnel necessary to meet emerging health needs.”

Some institutions have decided that cancer diagnostic and screening procedures are “elective.” Yale University has issued a statement that states it doesn’t consider cancer surgery “elective.” The collateral fall out from some of this will be long felt.

When the president touted tele-medicine, I was hopeful, if not for new medicals, then for those who we knew and could help. Not so, the FAA sent a specific email stating specifically telemedicine is unacceptable and requires a face to face, hands on medical evaluation. If it is acceptable for my much sicker Medicare cancer patients, it should be reasonable for the FAA to at least consider extending medicals for a few months until this situation settles out.

These are the rules. The old Chinese curse has come true: “May you live in interesting times.”

So, should Class 1 privileges be extended for 69-year-old airline pilots How about 82-year-old private pilots?

My point is, most of us think giving a reprieve for a 50-year-old private pilot for several weeks would be OK. But how about the 75+ year old who “just wants to fly?”

I am 74 years old, and I think it’s time to hang up the piloting spurs. Over the years, I have seen, maybe, 2 80+ year old pilots who seemed to have it all together to fly. Many 65+ year-olds are questionable. Extend the medical certificate for a pilot on 2-3 meds for type 2 diabetes, one medication for hypertension, and sleep apnea? Does anyone really think that is a good idea?

I had one 85-year-old pilot tell me that he was going to go for Basic Med, “because I don’t think I can pass a 3rd class medical.” Really?

So, if you think there should be a postponement of FAA medical exams for pilots, how long should it be, and who gets the extension? Class 1s? Airlines aren’t going to go for that. 70+ year-olds with class 3s?

About a year ago, I did a class 3 medical on a relatively young internal medicine specialist. He and his partners were doing Basic Med medicals. When I finished his examination, he said it was the “most thorough” physical examination he had ever had. I pointed out to him that a Basic Med exam is ever more extensive than a Class 3 with regard to vision testing. and the 50+ blood tests, ECG, and chest x-ray that he does for annual medicals do not substitute for a thorough physical examination.

This is something that we even have to explain to the facilities, as many thought the same way and had such language in their ATC Zero plan. If a Class B airport (LAX, SEA, ORD, etc.) goes ATC Zero, the airspace remains Class B, and the facility that assumes control (usually an overlying TRACON) will provide Class B services to the extent possible. Obviously, the TRACON can’t control ground movements.

Poll: Has GA Flying at Your Airport Increased Due to COVID-19