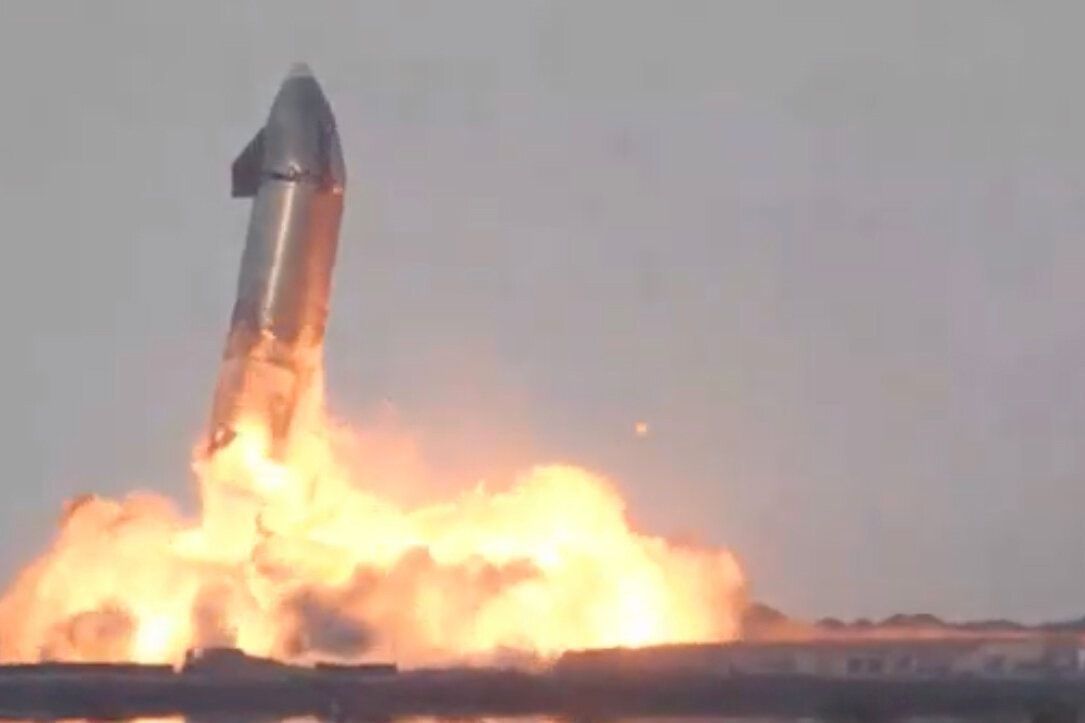 SpaceX Starship Explodes After A Near Perfect Landing

What’s being missed here… especially by this community… is really more interesting than the landing difficulties. All three of these flights have successfully demonstrated using areo surfaces to glide this massive booster back to a precise spot on the surface. That was the major unknown for SpaceX in this test program.

They will get the landing issue sorted. No aerospace on the planet has more experience in landing orbital boosters… in fact they are the only company doing so. The Falcon series has over 70 landings and are flying reused boosters more than new. The Starship is a different beast, but they’ll get it. They crashed a bunch of Falcons perfecting those systems.

As in ‘near the runway’ on contact with earth, and ‘nearly cleared the mountain’ as with most CFIT accidents. Both usually fatal.

Tweaking software at the last minute is experimentation/prototype work, not for flight near other people nor with people on board.

Congrats on their successful flight. Looks like it flies well as an airplane with true VTOL capabilities. Valued at $6.6 billion when it goes public, producing the VTOL at (hopefully) $650,000 each makes me question this…”Joby can create about $2.2 million in revenue in its lifetime. That last sentence needs some clarification. I would surmise, investors will want a slightly better ROI.

However, getting into production by 2024 is the least of the last major hurdles. That part is easy compared to certification. Epic found the FAA certification process for their conventional airplane took 11 years. PAL-V took 12 years to get the certification rules solidified working in cooperation with the EASA.

That will be followed by…We are not going to insure those VTOL airplanes. YOU be the first to insure these VTOL commercial, passenger aircraft. And the beat goes on.

I am documenting my prediction here for posterity:

#1, they will not sell this 6-rotor aircraft for an average price of $650k or less, and

#2, they will not have anything certified or generating revenue by the end of 2024.

If one were to take a survey of every new aircraft company in the last 30 years that has made such claims at this stage of their development, none of them even came close to their projected price target or first-sale predictions. There is nothing about this company that convinces me they will make their projections.

Poll: Which One Should Win the Collier Trophy?

That is best exemplified by Garmin Autoland–AND SpaceX Falcon and Dragon.

Autoland is a big step–yet it is evolutionary. It’s important to us in General Aviation, but not so much with the majority of air travelers–most of whom fly on aircraft with multiple crewmembers.

SpaceX, by comparison, affects far more people than General Aviation. Which one exhibits “improving the performance”? Autoland doesn’t improve performance–SpaceX had to invent an entirely new SYSTEM–the concept–the rocket–the orbital vehicle–the testing–and the manufacturing. In effect, it had to re-invent a space program that had been dormant for decades.

“Efficiency”? Autoland isn’t more “efficient.” SpaceX IS more efficient–by privatizing space flight, the manufacturing, and the concept, it has made putting satellites and crews into orbit considerably more cost-effective–think of putting 140 small satellites in space on one launch–or beating giant Boeing into the first private space flights.

SAFETY–remains to be seen–there are too few “events” to calculate a trend. Autoland has yet to do an actual “save”–and with relatively few aircraft equipped, it will likely take a while to do so. Similarly–SpaceX has a pretty good record of non-test vehicles.

It’s a close race, as I write this, it is a virtual tie–41 to 42. I’d give the nod to SpaceX–for its performance. The “young upstart” did what it was supposed to do–unlike competitor Boeing. It not only built the hardware, but it pioneered the very concept of private space flight. In doing so, it accomplished something not even NASA has been able to do—“on time–on budget.” – Jim H.