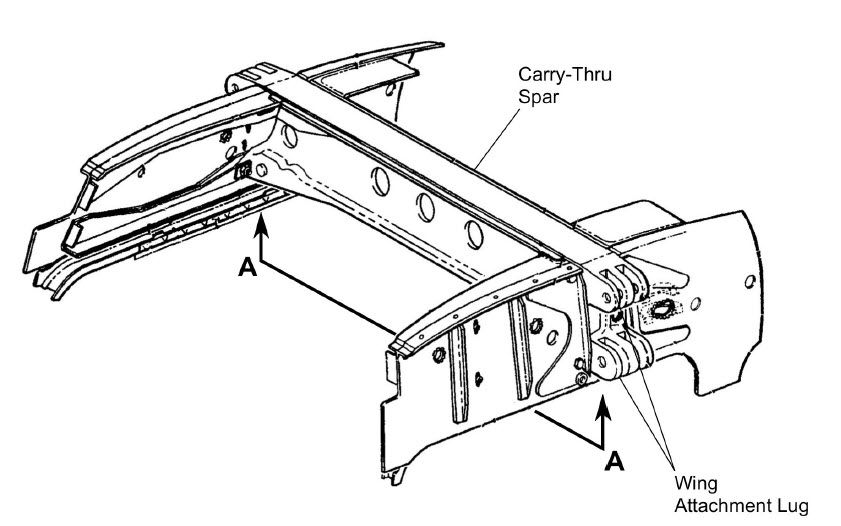 The proposed AD covers all Cardinals ever built. Though the 177 carry-through spar is similar to the 210 spar design, the 210 is a much heavier aircraft with greater potential for stress fatigue. As far as I have been able to glean from the NTSB fatal accident records, there has never been a failure, in any model, of the 177 carry-through spar in service, an interval which now spans seven decades. While the proposed eddy-current inspection requirement may be appropriate to gather data about prevalence of significant spar corrosion in the 177 fleet, it will be difficult to perform that on the most of the 210 and all of the 177 fleets in the next year.

One particularly counter-productive clause in the proposed AD would prohibit ferry permits if the carry-through spar inspection finds problems requiring remediation or replacement. This is potentially extremely burdensome and threatening for most owners, since the required level of eddy-current inspection is not available in most airports. Owners and operators should have the option of flying their planes to locations where the required eddy-current expertise and equipment is available, without fearing that the plane will be stranded away from home base indefinitely if a problem that requires remediation, replacement, or further consultation is found. In the worst case, replacement could entail indefinite downtime while Cessna restarts production of 177 spars or while other AMOCs are developed.

Cardinal owners shouldn’t have to truck their planes back to their home base if the inspection is unsatisfactory, instead of having the option of a one-time ferry permit. This absolute prohibition of ferry permits is wildly incommensurate with the sterling service record and small potential hazard, and will strongly discourage prompt compliance with the proposed AD’s eddy-current inspection requirement. Hopefully this counter-productive language will be removed after the FAA reviews public comments.

Good presentation, Paul. One thing I want to thank you for is dispelling the myth that automobile engines will never work in aircraft because they can’t handle the 70% duty cycle. Maybe that was true of the old large block V-8’s of the past, but the smaller aluminum block turbo fours and sixes of today’s cars are different. They naturally operate at higher power levels anyway.

Piston engines, like turbines, are happiest when they run at a constant, relatively high output power setting. The fact that car engines tolerate the low power daily commute better than an airplane engine would has more to do with their unleaded fuel and water cooling than anything else. I see no reason why the 265 hp turbo four in my Honda couldn’t replace the 200 hp IO-360 in my Cardinal and do just fine. Yes, as you made very plain, it would have teething problems to be worked out, but the key would be more how well it was supported with warranty and maintenance than anything else.

However, in the end, the big question is why would Honda or anyone else bother to spend the time, money and engineering talent on something that would produce a paltry 2-300 sales a year? Probably our best hope for a “modern” aircraft engine is to retrofit electronic ignition and computer-controlled mixture settings on existing power plants. Lycoming is at least heading that direction by offering EI on factory engines to replace at least one magneto. Now if someone would just discover that magic lead-free replacement for 100LL, we might be making progress!