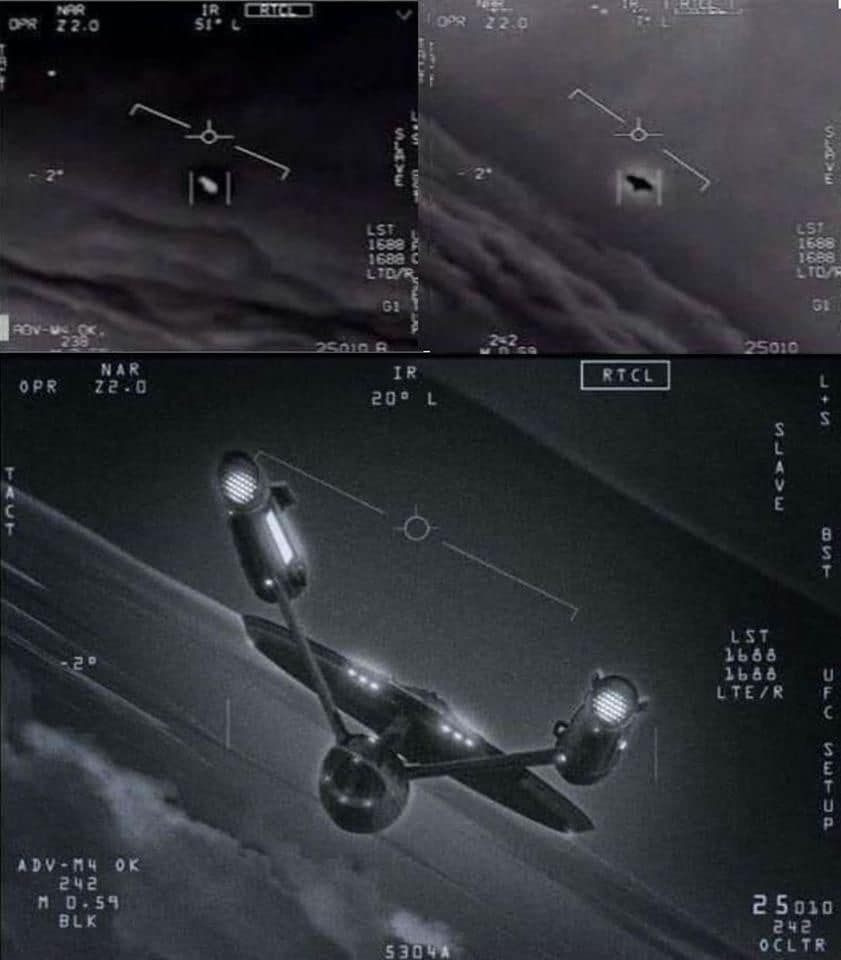 What To Do About UFOs? Change The Name

After 47 years and 28,000 hours of flying, I’ve never had an encounter but I flew with two different airline pilots who had. One pilot was in a modern fighter during his encounter. He described to me in detail the performance and capabilities of the object, which he assured me were quite beyond anything in the known inventory. The other pilot had his encounter flying back on the tracks from Hawaii and had a long, very close look as the object joined on his wing and rotated completely around his plane, including right off the nose and directly above the cockpit. It departed abruptly at a 90° angle then joined up on the next airplane back on the track as the other plane discussed it on 123.45. These were just two random conversations over a long career flying international and chatting late at night, so I’m certain there are plenty of other stories. The fact is, no one talks about this and no one reports it because they don’t want to be labeled a loon. The report in June may be interesting.

I remember a TV thing years ago on these phenomena. One example was a low quality (always) video of an object darting back and forth over a field. Experts agreed no known natural or man-made object could produce such motion. Eventually it was shown one man-made object could produce the effect – a white T-shirt bag (plastic shopping bag) blowing in the air currents over the field.

Are there object which appear to be flying to an observer and are unidentified to that observer? Of course. Have most of us experienced that? Sure. Are any of them visitors from another world? Don’t be a child.

When it’s time to checkout in a celestial J-3, I want my logbooks buried with me. It’s not that I’m so worried about the FAA discovering any of my very many bad habits, but as Paul as pointed out, a logbook filled with any degree of active notation is a window to the soul of a pilot who cherishes every memory aloft.

Hidden within are all my most embarrassing secrets and ridiculously fun escapades, such as trying to loop a Taylorcraft with the engine off, long and lazy midnight formation cross-countries, being caught on top in a radio-less Luscombe as a teenager because I misunderstood the weather guy, my first landing in a hayfield or on a country gravel road, long lazy spins from altitude, the many times I’ve slept beneath the wings of my airplane in some forgotten Midwestern pasture, or sneaking up within a few hundred feet of Bill’s Cessna 150 in the middle of the night with the Pacer and turning on my landing lights to shine brightly through his back window and light up the cockpit. Maybe not worthy of the FAA’s attention, but certainly suspect or suspicious in some hallowed hall.

Yep, it’s all there, logbooks can be living proof that you had too much fun in an airplane. Be wary.

A few years ago, I replaced an O360 with a factory reman. First flight, I arranged for a friend to chase, watching for anything unusual, since one cannot see anything of the engine on a Lake. After thirty minutes of chase, he went back to base, and I continued at max continuous till two hours were passed. As a wrinkle, the static port was blocked, so airspeed and altitude were incorrect!

After the two hours, watching the JPI closely, landed (six hundred hours in the airplane, plus a good GPS used for reference), taxied in and did an immediate inspection and oil change. The next number of flights were all at max continuous with another oil change at ten hours, then at twenty-five. The engine has been trouble-free; great compression, and low oil consumption ever since.

Follow the manufacturer’s recommendations; keep an eye on the engine monitor and go for it!