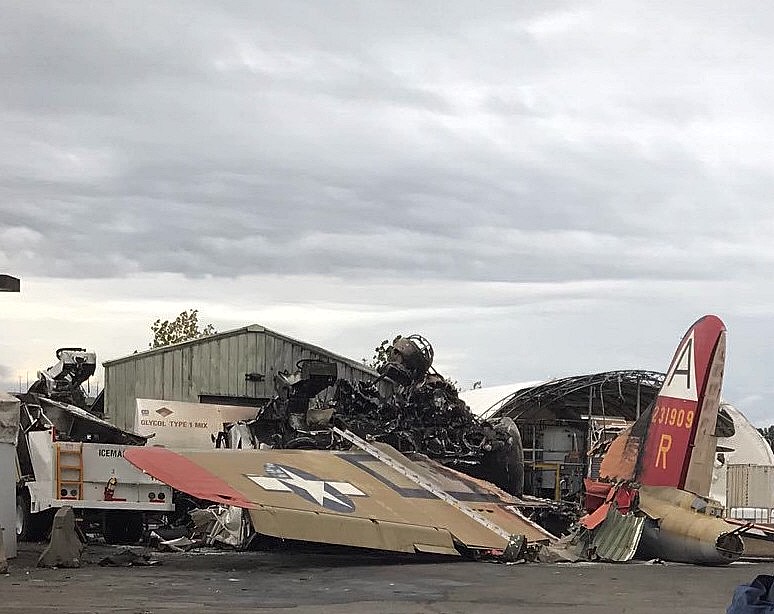 Paul B…an interesting article. However, I question the term bombers in the statistics.

Since 1982, the FAA has investigated 22 WWII era bomber accidents. That implies B-17’s, B-25’s, B-24’s, B-26’s. But it seems to me the total number of flyable WWII bombers would be hard pressed to total more than 40, of which the highest number happens to be today with the shift to painstaking restorations.

If the FAA is including WWII era “bombers” who were/are used for firefighting, crop dusting, and mosquito abatement (which was relatively popular use for these types of airplanes throughout the eighties and early nineties) then the inclusion of those highly worked airplanes being flown by a variety of pilots with a variety of skills, flown consistently under less than ideal conditions, would certainly skew the stats inappropriately for those flying under LHFE exemption.

Outside of the recent Collings accident, no one has been killed in a LHFE flight. Yes, two other B-17’s had mechanical issues that caused two more B-17 accidents, but no fatalities as I recall.

Another side to this is not much public or media comments when a WWII fighter like a P-51, Corsair, T-6, T-28, etc., or other vintage fighter is involved in an accident with fatalities. Outside of the aviation press, hardly a mention. I am not advocating that there should be more rage for the fighter losses. And your article’s premise is waivers, passenger consent, with transparent explanation of the risks involved. But I question how the statistics are used to prove a point for or against continuation of LHFE flights with well-informed passengers signing a well-crafted waiver.

In the end the insurance companies will be the ones who will ultimately determine if the risk is worth covering. I know of a B-25 owner years ago who stopped giving rides due to lack of any insurance coverage. The problem with the FAA grounding these aircraft is they will come up with criteria that will ground everything with a radial engine and ground perfectly airworthy planes. I wonder how the accident rate of these older WW2 bombers compare with piston powered twin engine light aircraft built since 1945? A lot of those airplanes are used in pt135 air carrier service and most have very marginal single engine performance. None of the small planes can come close to the engine out performance requirements of most turbine twins, and were never certified as such. I wonder how many passengers/customers of those pt135 operators inform passengers of that?

A New Homebuilt And Rusty Pilots

Great article. The Lancair Owners and Builders Organization has looked hard at EA-B safety in the Lancair community, including a deep dive into the NTSB database. That effort proved what should have been obvious to everyone, which is that flying in an untested, unproven, experimental aircraft with which you are not already deeply familiar is a very hazardous undertaking. Armed with that data, LOBO petitioned the FAA for a rule change regarding who may be aboard during Phase I flight test for newly minted EA-B aircraft. The result is AC 90-116, Additional Pilot Program (APP) for Phase I Flight Test.

If appropriately documented on the aircraft’s Special Airworthiness Certificate, the APP allows the owner of a new EA-B aircraft to have an appropriately rated and experienced pilot aboard during those critical first few hours.