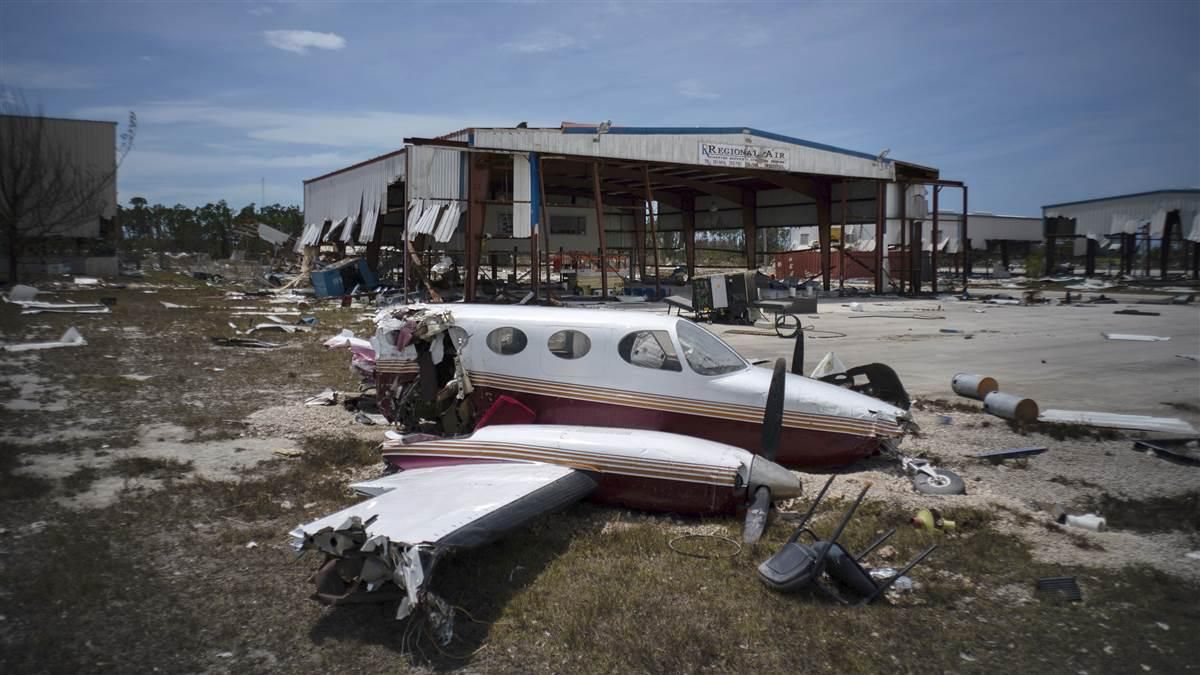 I respect the position and knowledge of AVweb and enjoy reading your articles. However, as the second aircraft to put wheels down at Marsh Harbor on Thursday – I disagree with a majority of your coverage of this issue. Having extensive prior knowledge of these islands prior to the storm I was well aware of the devastation a +20 ft. storm surge would do to that island and the likelihood of a non-government response from the Bahamas.

I chose to sign up with AEROBridge and use our Eclipse Jet to fly tactical missions early to get people in first and supplies later. I saw the transformation of a sleepy couple of airports (Treasure Cay & Marsh Harbor) into ground zero for providing much needed relief supplies, central hub for information, shelter and shade, and eventually the evacuation. For sure, particularly on Saturday & Sunday the airspace was crowded and hectic – but over the 4 missions we flew we experienced a group of random, dedicated, skilled pilots who worked out the bugs on their own as conditions dictated. Having perfect weather and relatively large runways in good shape didn’t hurt a bit either.

With respect to your article I find it humorous that “AOPA flew a small staff down to Nassau to coordinate the general aviation response.” LOL – that’s sorta like coaching a football game from the bar across the street. Clearly the GA relief effort was centralized to Great Abaco where it was logically needed most. If AOPA and their resources really wanted to help – they would have had boots on the ground establishing some sort of air traffic control both in the air and on the ramp. As it was, an ad-hoc group of volunteers did an admirable job in sweaty, noisy conditions over a long period of tense hours.

I do agree [Operation Airdrop] “wisely stood down earlier this week and is standing by to see if it can fly more relief missions after things get sorted out.” but perhaps not for the reasons you state. All of our “missions” were organized by the *organization* we flew with (AEROBridge in this case). Had there been an organization organizing the organizations (hello AOPA?!?!?), perhaps time slots could have been established to distribute the air traffic load on a more leveled basis throughout the day. By the time coffee is poured and the aircraft are loaded, it’s pretty obvious that the 10am – 12am arrivals are going to swamp the airport. (Fortunately having a jet put us there ahead of the schedule in a few cases). Had someone offered to load us at 5 or 6 am…we’d have gladly watched the sunrise from the MYAM ramp. I do agree that Operation Airdrop should consider resuming on the tail end as there’ll be a natural tailing off of support while there’ll remain some locals all who wish to stay or volunteers that will need supplies for the foreseeable future. (Granted boats will do the heavy lifting from here but specific supplies and medicines can be readily addressed by GA).

Finally, your comment “C-17s or C-130 are the air assets needed, not C-210s and PA-31s” entirely misses the point and makes me wonder how much thought you’ve put into the whole story. (I normally enjoy your wry and well thought out articles). Firstly, the demand for supplies on day one when the airports were finally accessible was perhaps at its greatest as the storm had been at its fury for multiple days beforehand. People found themselves digging out from underneath rubble in quite a daze with missing loved ones and no personal belongings. At that time there was NO governmental response from the Bahamas (and still very little as of now) – and the US military is not going to simply barge into sovereign territory without a full bureaucratic process (perhaps also getting permission from AOPA’s Nassau bureau as well). It was at this time that the GA airlift was in its prime and performed wonderfully – and we were proud to be a part of.

As for 210s and PA-31s…looking back at the photos we snapped…there were almost none of those. The mission itself inherently eliminated smaller aircraft as you needed enough fuel for a round tripper in addition to having capacity to carry a decent useful load. The shear bulk of the boxes and containers necessitated hulls with removable seats so in the end we witnessed King Aires, Kodiaks, Citations, and yes, one little Eclipse Jet (complete with removable seats).

And while yes C-17s & C-130s would be nice – consider that these runways were multiple feet under the ocean just hours prior. Perhaps with your landing prowess you’d be willing to put down 500,000 lbs. of heavy iron on such a surface but I don’t think the Air Force is quite willing to do so. In fact, it wasn’t until Saturday morning that *someone* chose to close down Marsh Harbor (at its busiest hour)…to go drill bore holes in the runway to check the substrate for heavy aircraft operations. Perhaps AOPA from Nassau chose that time…?

All in all, I’m sure there’s many lessons to be learned – but the outcome can’t be argued as anything but successful and a pat on the back to those who dedicated much time, money, and effort to a worthy cause. For those of you across the street at the bar doing the coaching, have another beer on me.

I will never forget. I had just returned home from an all night cargo flight when my now wife calls me in a panic to tell me what had happened. I turned on the TV just in time to see the second tower hit. That night after all flights were grounded my company called in to the office all pilots to help with washing one of the Caravans. Since we were all concerned for our jobs no one complained. In fact we washed three Caravans that night. The fourth one was stuck in Syracuse due to the groundings. The owner thanked us and said he only expected one plane to be washed. When pt 135 ops were authorized again I flew a late night trip in an Aerostar with a passenger to fly her home. Her company paid for the flight. Late night radio chatter is usually light but that night it was so quiet it was almost spooky out. I called several times just to get a radio check to make sure I was still in contact with center. Three weeks later I airlined to Memphis for sim training on a new airplane and all of those flights were nowhere near full.

Now all we have to do is convince the Secret Service and TSA that pilots and other aviation professionals are not a security risk. Implementation of the DC SFRA and most TSA rules have done more damage to general aviation than anything (even the FAA) the terrorists could imagine. As president Bush and other government officials have said, if we do not return to our normal routine, then the terrorists have won.

A good article. At the time, I was a safety consultant to Continental Airlines before the United merger ruined them. I was scheduled to fly up to Shreveport, LA to look over a new hangar they were occupying, but the trip got put on hold due to the travel ban following 9/11. We took the trip the first morning the government opened up commercial flights again. It was truly a strange feeling to come into the airport, which was almost totally empty, and see armed national guard troops patrolling the concourses and the check in lobby. I was traveling with four other Continental employees, which was handy since it made check-in much easier. When we boarded the plane, there were 7 passengers; the five of us (all non-revs) and two paying customers. The return trip was similar – maybe ten pax total. A strange time indeed.

Your remarks about young people remembering 9/11 are right on. But, age does that. To them, 9/11 is somewhat abstract, while those of us that lived it will always remember. Just like our parents who were so passionate about Pearl Harbor and D-Day, while those of us born after WWII regard them similar to today’s youth – important, but more historical. They have their own issues (right now, mainly school violence). Such is the passage of time.

Poll: Was Your Flying Directly Impacted by the 911 Attacks?

Yes. I was busy cropdusting. Pretty much ended my season and income.

Flying on a local flight so I did not get stranded.

My airplane was in Kerrville and I was in South Carolina. Once everything opened up again, I flew on an almost empty 737 to pick it up.

Scheduled for a BFR and couldn’t do it.

Flying and able to return to home base.

Landed in the EU that day.

Yes, I was scheduled to fly the morning of 9/11 from ATL to YUL so was grounded at my home base.

I was scheduled but grounded before scheduled launch.

Totally derailed my flying career. I ended up in Iraq in 2003.