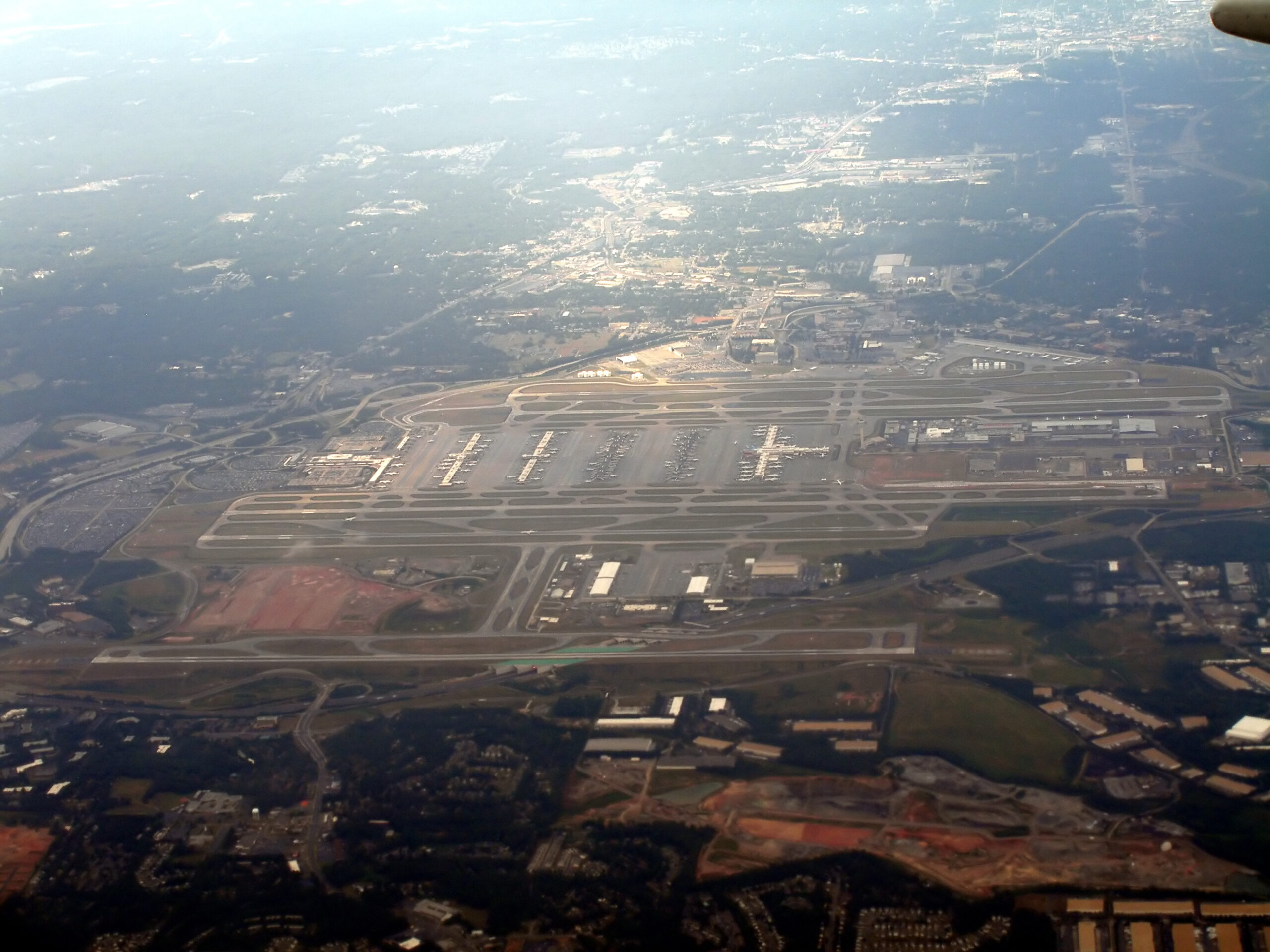 While the Star Wars movie series has ended (spanning 42 years), it is alive and well at the Hartsfield‑Jackson Atlanta International Airport (KATL) on the JEDII TWO ARRIVAL (RNAV).

There are up to 11 Star Wars movies, depending on how you count. The original movie (1977) was Star Wars Episode IV: A New Hope (NEW HP), which was actually the fourth installment of the series. The Jedi (JJEDI) were the leaders and peacekeepers of the galaxy, and perhaps the most famous one was Luke Skywalker (SKWKR). His sister, Princess Leia Organa (LAYUH), was fearless on the battlefield and was attracted to unsavory individuals.

Then there are the hairy Ewoks (EEWOK), hunter gatherers who looked like small teddy bears and lived in arboreal dwellings. We also have the Wookiees (WOKIE) who are tall and strong humanoid aliens. The most famous Wookiee is Chewbacca or Chewie (CHWEE), a rated co‑pilot of the starship Millennium Falcon (MELNM). Chewie is lovable and grunts in pleasure and anger as he flies (sound familiar?).

However, the commander of this starship is nowhere to be found on the Atlanta Arrival—the scoundrel and smuggler, yet great leader of the Rebel Alliance, Han Solo (Harrison Ford).