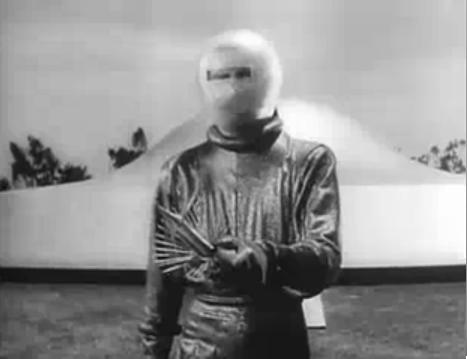 We need to be looking at Pennsylvania’s Quakertown Airport (KUKT), not Area 51 (KXTA), for extraterrestrials. For end‑of‑the‑world and save‑the‑world science‑fiction buffs, from the movie “The Day the Earth Stood Still” (original in 1951 and remade in 2008) the following waypoints are on the RNAV (GPS) RWY 11 approach at KUKT: KLATU (the humanoid alien), BRDDA, NICTO (in an unknown alien language: “Klaatu barada nikto.”)

There are no known translations—just a few notable theories. Then there’s the invincible robot GORTT (Genetically Organized Robotic Technology). One interpretation of the meaning of the words is a command to shut down Gort’s defensive response to aggression.