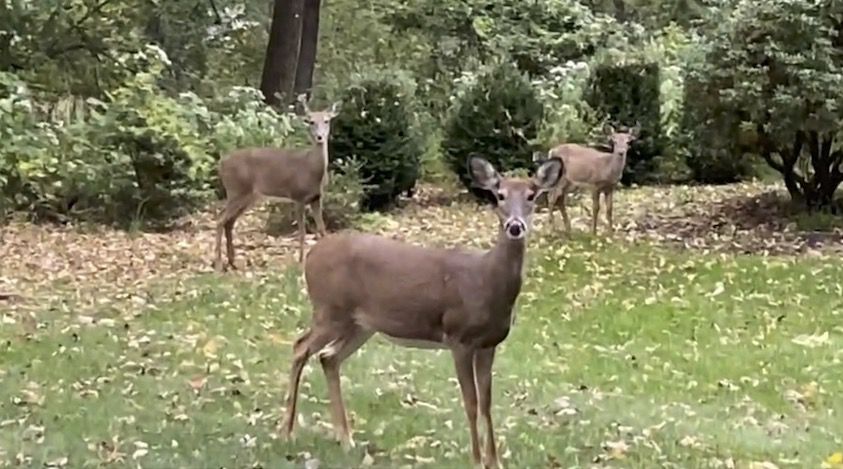 Years ago, I had gotten pretty used to skirting VFR in my Grumman AA1-B around the western edges of New York’s Class B airspace as I headed north-south to-and-from my home in New Jersey. The busiest time on the radio was overflying Caldwell and Morristown Airports (KCDW and KMMU) because their airspace almost overlapped, and you had to stay low enough to dodge business jets approaching Teterboro and airliners landing at Newark. Passing north-to-south, the drill was to call in from five miles north of Caldwell, and the tower would have you report as you passed overhead of the field. Then you could get your itchy fingers ready for the quick switch to Morristown Tower a few minutes later.

One summer evening close to sunset, after checking in with Caldwell from the north, I was waiting to report overhead, but there was a lot of conversation between the tower controller (who was also working ground control) and a taxiing aircraft. They were talking about a small herd of deer making their way across the airport toward the woods. “Do you see ‘em? Now they’re walking alongside the parallel taxiway.” “I don’t have ‘em yet. I’ll keep an eye out.” “Now they’re turning west toward the trees. Must be feeding time.” “Roger, still not picking them up.”

You get the idea.

This piqued my curiosity, and as I was passing overhead, I looked down and could actually see the critters, myself, as they ambled their way through the twilight, crisscrossing toward the woods. But with all that back-and-forth, I couldn’t squeeze onto the frequency to make my report. Finally, there was a break, and I quickly keyed the mic and blurted out, “Caldwell Tower, Grumman 9689 Lima passing over top of the field … deer traffic in sight, no factor.”