There is nothing that can prepare one for a life of poverty like being an on-demand flight instructor in Chicago in the winter. Don’t talk to me about your starving artists – none of them was required to pre-heat a frozen 150 in below-zero windchill just to make a buck. (Yeah, I know, I’m starting to sound like my folks – “you young whipper-snappers don’t know what it was like in the ‘old days’. I had to walk five miles to the airport and home in the snow – and it was uphill both ways!”)

I cherish the memories of those days, but what I really remember – and miss – are the hangar-flying sessions. We’d sit around the flying club office there on the third floor of the Butler hangar at Midway, drinking coffee and chatting. George Thor could be counted on to contribute if he was around. George was in his late 80s and still carried a first class medical. He was an active instructor, and, boy, did he have some stories. His first airplane was a Curtis Jenny that came in a crate – “batteries not included, some assembly required.” Sometimes the corporate or airline types who instructed occasionally “to keep their hand in” would honor us with their bored presence, but mostly it was just us working stiffs. There were a lot of the “there I was flat on my back” type stuff, some good tips and pointers, and then there were the half-truths based on fact.

Among them all, three myths kept cropping up in each new generation of pilots. I sure wish I knew how they keep being propagated. 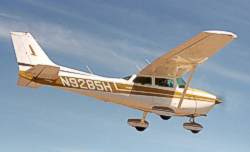 I must admit, this confused me for quite a while. The old timers would swear by this technique for getting a little extra performance out of their Cessna/Cherokee/Mooney and looked down on us “kids” who didn’t subscribe to the technique. For the uninitiated, the story goes that you can get a couple of extra miles per hour (airspeed indicators were in MPH then. I’m convinced that this was a marketing thing – 115 mph just sounds faster than 100 knots.) cruise performance if you get the airplane “on the step.” The “step” was alleged to be a mythical “just-right” angle of attack which minimized drag and allowed an airplane to cruise at a higher airspeed than normal on the same power. “Just put it on the step” the ol’ timers admonished. “It’s amazing. You won’t believe the increase.”

Well, I didn’t believe it. Seemed to me that if such a phenomena existed, the airplane manufacturers would have seized upon it and you would see advertising along the lines of “Our step is easier to find!” and “Take the big step up to…” and “Only a step to faster…” and the like. Never happened. If the marketing types don’t exploit it, it probably doesn’t exist, I reasoned, so I asked for a demonstration. Joe – one of the good ol’ boys – consented to educate the kid and so we headed for the flight line.

We took off and flew south from Midway over the farmlands and the demo began. Joe explained that we were going to conduct the cruise tests at 3,500 feet MSL and so when he climbed through that altitude, I asked about the deviation. “Oh,” he explained, “that’s part of getting the airplane on the step.” We leveled at 3,800 MSL and Joe reduced the power to the cruise setting and immediately began a descent to 3,500 feet. At 3,500, he leveled off and asked me to note indicated airspeed. That done, he reduced power and descended to 2,000 feet. After Joe established cruise configuration at 2,000, he pushed the throttle in, raised the nose, and began another climb to 3,500. This time, at exactly 3,500 feet MSL, Joe pulled the power back to the cruise setting and pushed the nose over to the level attitude. When he pointed out that the indicated airspeed was now about 10 miles per hour slower than in the first test, I saw the fallacy of the “getting it on the step” theory. 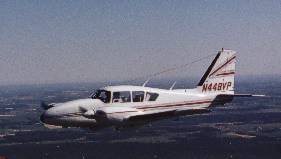 It’s simple physics. Joe did everything the same – almost – in each test. Each time, at the top of his climb, he reduced the power to the cruise setting, and therein lies the problem. In order for an aircraft to accelerate from the speed at which it is currently flying, there must be an excess of power – or some other force – above the power required to keep it in level flight. In the first test, Joe used the acceleration of gravity to get the airplane up to speed after he had reduced the power. Remember the dive to altitude? In the second test, there just was not enough excess power to accelerate the airplane to cruise speed. Oh, to be sure, it would have slowly gained speed, but it would have been a long, drawn-out process.

For just about any airspeed you pick, there will be two power settings that will accomplish that speed – one for a high drag/high angle of attack configuration and one for low drag/low angle of attack. Reducing power to cruise speed before achieving cruise performance will put you square in the first group!

We did the test a third time. This time we climbed to 3,500 feet and pushed the nose over to level attitude. We adjusted the pitch attitude and trimmed the elevator as the airplane accelerated. Finally, when the airplane had reached cruise speed, we reduced the power to the cruise setting, and, voil, we were at the same speed we had accomplished by “getting it on the step!”

I am amazed that this particular piece of misinformation continues to exist in the face of printed information to the contrary, but an applicant for a commercial pilot certificate voiced this on an oral exam last week. This erroneous folk wisdom cautions pilots that selecting a power setting with a manifold pressure in inches higher than the RPM in hundreds is damaging to the engine – e.g., 2300 RPM dictates using no more than 23 inches manifold pressure.

What can we do then to protect our engine if the old “rule of thumb” will not work? Start with the information manual or pilot’s operating handbook (POH) for your airplane. The engineers write these manuals, but they have a generous amount of input from the legal department, also. Now do you think those legal eagles are going to let the engineers give you a power setting that is going to get them sued for accelerated wear caused by following the manufacturer’s recommendations? Never happen! The power setting table for the Piper Cherokee Lance, PA-32R-300, shows various power settings for obtaining 65% power. If you choose to use 2200 RPM, you have a range of available manifold pressure settings – from 24.7″ at sea level to 22.5″ at 8,000 feet. All “oversquare!” When you look at the power setting tables for turbocharged engines, you’ll find that they are usually flying in the “oversquare” condition.

In fact, flying your engine oversquare can be very good for it. As long as you are using a power setting allowed by the manufacturer in the power setting tables, use the lowest RPM you can for the percent power you want and then select the corresponding manifold pressure. How is this good for your engine? The higher the RPM you use, the more often the pistons go up and down in the cylinders. More revolutions mean the metal changes position more often, which causes more friction and consequently more wear. Your propeller will also be more efficient at a lower RPM. The higher the RPM setting, the closer the tips of the prop blades are to the speed of sound and all the compressibility and high drag effects associated with operation in that regime.

You’ll also find the lower RPM settings are quieter and easier on you and your passengers. Sometimes you’ll find a legal power setting that just doesn’t make your engine happy. This is caused by the particular airframe-engine-propeller combination and will usually result in increased vibration. Just change to another permitted power setting and all should be well. 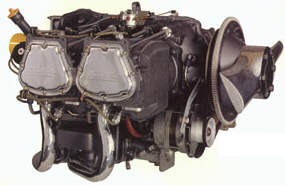 It’s always dangerous to take the procedures used in one type aircraft and adopt them without modification to a different type, and this particular myth is a prime example. Air carriers very often use what they call “reduced-power” settings for takeoffs on long runways. “Reduced power” is a misleading term, however. The term that should probably be used is “less than the maximum power allowable under ambient conditions.” This makes sense in a turbine engine, where higher power settings always result in higher RPM and higher operating temperatures. In normally-aspirated piston aircraft, using less than full throttle on takeoff is detrimental to your engine – and possibly your health.

One of the major differences between jet engines and reciprocating engines in the takeoff regime is the manner in which their cooling is accomplished. Although both engines are air cooled, a reciprocating engine is also cooled by fuel. With the throttle full open, extra fuel pumped into the cylinders provides cooling at high power settings. If you do a partial power takeoff – less than full-throttle – your engine will not get that additional cooling fuel and will run hotter. Heat is not a friend of an engine (although, neither is running your engine too cool, but that’s another story) especially when defeating the engine’s built-in cooling provisions causes that heat.

Aside from defeating the engine’s built-in cooling provisions, a reduced-power takeoff in a piston aircraft puts you square in the middle of the test pilot regime. Air carrier jets that use this approved technique have charts that show the exact power setting, the runway required for takeoff at the reduced setting and the climb gradients available both with all engines functioning and with a power loss on takeoff. You won’t find any charts in the performance section of your POH listed “Takeoff Distance Required At Some Power Setting Less Than Full Throttle” or “Rate of Climb At Some Arbitrary Power Setting Less Than Full Throttle.” 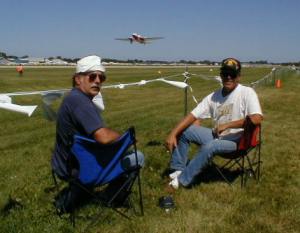 One of the most valuable learning resources available to a new (or even not-so-new) pilot is the thousands of hours of accumulated experience found in almost any pilot lounge. Hangar flying sessions can be informative and enlightening, but they can also perpetuate the kinds of misinformation we’ve been discussing. How do you assure yourself you’ve gotten the best and most correct information? Just follow a few common sense guidelines:

All in all, you can learn lots by listening to experience – so long as you always listen with a critical ear.