The FARs give scant guidance. FAR 91.103 requires that the pilot-in-command, before beginning a flight, become familiar with all available information including forecast weather, fuel requirements, available alternates, and so on. You’ve done all that. The weather isn’t good. The destination runway is the width of your hallway, about as long and positioned perpendicular to forecast maximum demonstrated crosswind component winds somewhere close to your plane’s maximum range. Now what?

Well … FAR 91.13 prohibits operations that are careless or reckless so as to endanger the property of another. That’s a lot of help. So is FAR 91.3, which provides that the PIC is responsible for whatever ends up happening. Great. You’re pretty much on your own here. We’re back to that "good judgment" that PICs are required to exercise under Part 91.

Make Plan B Your Active Plan

Sometime during my younger days, I discovered that the maze puzzles that fast-food restaurants print on their paper place mats are usually easier to solve if you work them backwards. I didn’t think much more of that little revelation during my later years until I discovered that you can also apply that principle to flying. The process is partially practical and in part a mind game, but it’s safe and it works. Here’s how. 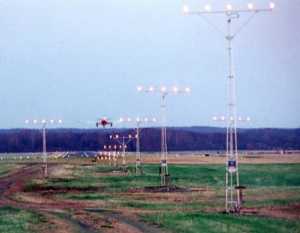 The oft-raised question is: "How iffy’ can conditions for your planned flight be before you should decline to proceed?" The answer is: There is NO limiting risk factor so long as your alternate is safe and you ADHERE TO YOUR ALTERNATE PLAN — I say again: you ADHERE TO YOUR ALTERNATE PLAN — unless and until you can determine that your preferred course of action is safe. (To paraphrase my SCUBA instructor, plan your flight and fly your plan. — Ed.)

An Embarrassing Piece Of History

Many years ago (i.e., the statute of limitations has run), I was considering whether to depart Whidbey Airpark (W10) up in the Pacific Northwest in a fully-loaded Piper Warrior. W10 is a 2,400-foot unattended airstrip, surrounded by very tall trees and sloped from north to south. A good friend lives in the vicinity of the field and I’d flown in and out on numerous prior occasions. This day presented a new challenge, however.

There was a northerly wind blowing down (as in downhill) the runway. Normally, traffic departs downhill to the south and lands uphill to the north. My conundrum was that a downhill departure would also be downwind. I consulted with a local pilot who advised that the standard practice was to depart downhill in following winds of 15 knots or less and uphill otherwise. I thanked him and consulted the only available source of information about the prevailing winds — a windsock sitting on a pole on the east side of the runway, well below treetop level. It wasn’t fully extended, so I loaded the plane and departed to the South.

Note to self: "NEVER DO THAT AGAIN!"

Well … we made it. (You’ve probably already figured that out.) Still, I’ve rehashed that decision many times to assess how I’d respond if I were ever again placed in a similar situation. That’s the process that led to the Go/No-go Decision-making Formula. Here it is:

Step 1: Ask yourself: "Does my planned operation raise any safety issue?" If the answer is "yes," proceed to Step 2.

Step 2: Ask yourself: "What are my available alternatives?" (One way to answer that question is to imagine yourself in the position of just having discovered that your worst fears have been realized and then complete the following sentence: "Gee, I wish I had just….")

Step 3: Ask yourself: "Of my available alternatives, which ones are absolutely safe?"

Step 4: Initiate ONLY those operations listed in your response to Step 3.

In the process of following your alternate plan, you may acquire additional information that will lead you to conclude that other alternates (perhaps even your original flight plan) are absolutely safe. You can then pursue the other options you have determined to be safe.

If I only knew then what I know now, I would have applied the Go/No-go Decision-making Formula like this:

Step 1: Question: "Is there a safety issue?"
Answer: "Absolutely, that’s why I was conversing with complete strangers who were hanging around the airport dressed in overalls."
Step 2: Question: "What are my available alternatives?"
Answer: One of them is hanging by my landing gear from a 75-foot tall pine tree, asking myself, "Gee, why didn’t I just: do: A. Stop on the runway; B. Take off uphill into the billowing wind that didn’t register on the windsock; or C. Depart with a lighter load?
Step 3: Question: "Of my available alternatives, which ones are absolutely safe?"
Answer: Well, since I didn’t have definitive information available concerning runway slope or wind velocity, the only truly safe alternate was to fast-taxi and stop on the runway to determine an abort point.

Step 4: Execute the safe alternatives listed in response to Step 3. 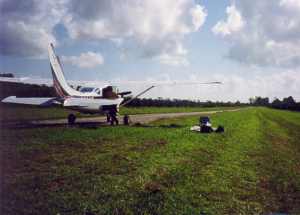 So long as the brakes are working properly, most GA planes will decelerate more quickly than they will accelerate. If your plane is one of those, you can therefore safely accelerate to the mid-point of the runway, chop the power and stop on the runway. If you note the distance remaining after you stop, you can safely add half that distance to your abort point and accelerate to that point, cut the power and stop … and so on. (Beware of fading brakes, however.)

If you keep track of the airspeeds you reach prior to aborting the takeoff run, you should acquire pretty good information upon which to exercise your good judgment as to whether or not a takeoff is safe. If the answer is "absolutely yes," take off. Otherwise, don’t do it.

Had I fast-taxied in both directions, I’d have had a pretty good idea where my rotation points would have been for departures in either direction. Armed with that additional information, I might have elected safe option "C" — a solo trip around the pattern. Armed with the additional information that would have generated, I could have made a better-informed decision about the wisdom of loading up the plane under those conditions.

The same process works for virtually any dicey "go/no-go" decision. Last Christmas, a friend and I were slated to visit family and friends up in Colton, Ore. The weather for the trip was classically awful. There was an occluded front sitting over Washington, Oregon, and northern California with a forecast for low ceilings and moderate icing in clouds and precipitation from the freezing level up into the flight levels. The inland route was out of the question — the forecast was for clouds layered up to FL350 and that meant plenty of ice. 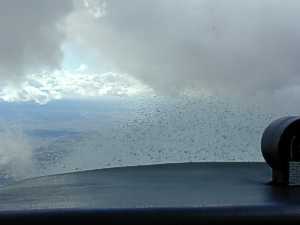 The coast was clear in central California but the terminal forecasts for northern California coastal airports were for low IFR. Scud running it off the coast would have placed us at risk of "CFIDF" — controlled flight into dorsal fin.

Our "Plan B" was to fly VFR on top up to North Bend, Ore., — where the MEAs dropped to below the forecast icing levels — and, unless we could find a way to descend to the MEAs clear of clouds at North Bend, return home. If (big IF) that worked out, the forecast suggested we could make the short IFR hop up to Eugene and then continue IFR northbound below icing conditions or join the VFR scud-runners overflying Interstate 5. I figured there was about a one in ten chance we’d be shaking hands with relatives that day and advised my friend that we were probably departing on an expensive, airborne version of the Sunday-afternoon drive.

The weather Gods smiled on us at North Bend, but it turned out to be one of those sadistic smiles. North Bend was reporting 3,500 feet broken and, just off shore, there was a Grand Canyon of clear air in the clouds allowing us to descend . Our new "Plan B" was to land at North Bend with the possibility of continuing IFR depending on what things looked like at 5,000 feet — 1,000 feet below the forecast freezing level. Leveling at 5,000 foot MEA on course to Eugene, however, the OAT reading was "0," not "+2." A short VFR descent later, we were tied down at North Bend.

It turns out that Coos Bay has a newly constructed hotel-casino and an excellent Italian restaurant. We had a great evening and the relatives were just as happy to shake hands with us the following day. 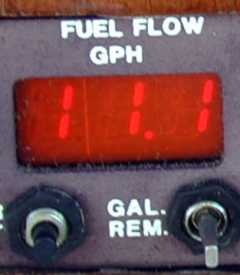 We’ve flown similar "Plan B" flights to Reno when the forecast conditions suggested that successfully landing at Truckee was unlikely. In this case, Plan B was: Overfly Truckee, confirm the accuracy of the forecast, land at Reno, rent a limo. (The pax are less disturbed by having to drive into town when they’re in a stretch with a couple bottles of decent champagne.)

If you’re not comfortable shooting an approach to minimums, don’t. Go to your "real" alternate. You know, the one you decided on in Step 3. If you’re confident that shooting the approach to minimums is not a problem for you, go ahead. But, be safety-wired into doing the missed approach procedure, however. When you get to the MDA/DH and there’s no runway appearing through the windshield, execute the missed approach procedure. Again, go to your "real" alternate. You do have the fuel for all this, don’t you?

Go around. Find a nearby runway more closely aligned with the wind and use it. If you have the fuel, you absolutely, positively must get into that airport and a reasonable expectation that holding for a while will see better winds, go somewhere and orbit for a while. Pay close attention to your fuel, however. 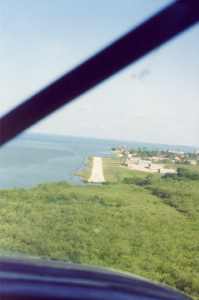 This process works — but it works only if you truly buy into it. You have to commit to "Plan B" as the "active" flight plan. With passengers on board, a very effective means of doing that is to explain to them exactly what you’re doing and why. For example:

"All operations on Air Puddy are safety-first and I’m not sure that it’s safe to land here with this crosswind. Therefore, I’m going to fly us down to about 10 feet off the runway to see what the winds are really like and then climb back out again. If it’s safe, we’ll come back and land. Otherwise, we’ll head over to XYZ airport."

If you do that, the peer pressure from the pax will support your safe PIC judgment. Rather than saying: "We’ve got to land; Muffy will be mad at us if she has to drive over to XYZ," they’ll query: "Are you absolutely sure it’s safe?" You will then be placed in the position of defending your judgment as PIC that, "Yes, it’s absolutely safe."