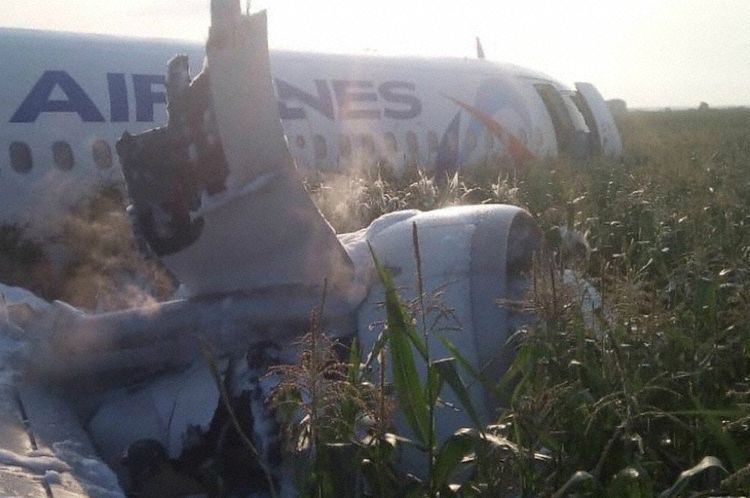 An Airbus A321 operated by Ural Airlines was forced to make an emergency landing in a cornfield near Moscow, Russia, shortly after takeoff when an encounter with a flock of seagulls caused an engine failure on Thursday morning. All 226 passengers and seven crew members onboard were able to evacuate the aircraft via the emergency slides. It has been reported that up to 55 people were injured and 23 hospitalized, with all but one being released after treatment.

Ural Airlines Flight 178 departed Zhukovsky International Airport (ZIA) near Moscow for Simferopol International Airport (SIP) in Crimea at approximately 6:15 a.m. local time. According to reports, the birds impacted the left engine first, causing a complete engine failure, followed by a second strike to the right engine, damaging it to the point where it was not producing enough thrust to keep the aircraft in the air. The aircraft landed gear-up about 1 kilometer (0.62 miles) from the departure airport. The crew was able to shut down both engines before landing and no post-accident fire was reported. An investigation is underway.