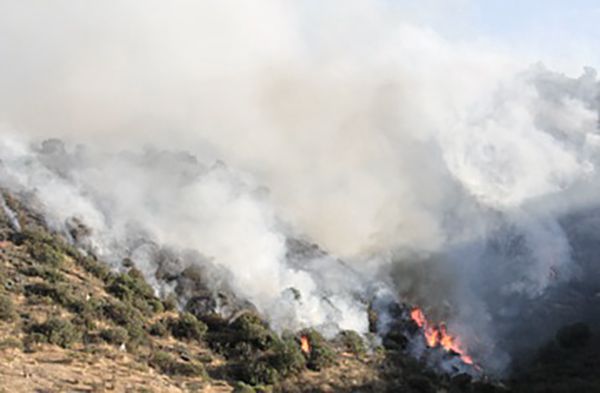 The pilot and sole occupant of a single-engine Air Tractor AT-802F was killed when the aircraft went down during a nighttime firefighting mission near Colorado’s Estes Park on Tuesday. The aircraft, which was owned by Co Fire Aviation, departed from Northern Colorado Regional Airport (FNL) in Loveland a little before 6:15 p.m. local time on a flight that was meant to mark the first time a fixed-wing aircraft had dropped suppressant on a fire at night in Colorado. The pilot was identified on Thursday as Marc Thor Olson.

“The Co Fire Aviation family is deeply saddened by the sudden, tragic loss of one of our brothers serving as a tanker pilot,” CO Fire Aviation said in a statement. “Marc Thor Olson was a highly decorated veteran of both the Army and Air Force with 32 years of service to our country. During Thor’s 42 years of flight, he had amassed more than 8,000 total flight hours with an impressive 1,000 hours of NVG flight including in combat and civilian flight.”

The crash occurred at approximately 6:37 p.m. local time and the accident site was located at around 9:49 p.m. According to the Larimer County Sheriff’s Office, Olson reported just prior to the crash that “it was turbulent over the fire, conditions were not ideal to make a drop, and that he was going to make one more pass and then return to Loveland.” Olson had successfully completed a water drop at the site about an hour earlier. The NTSB is investigating.